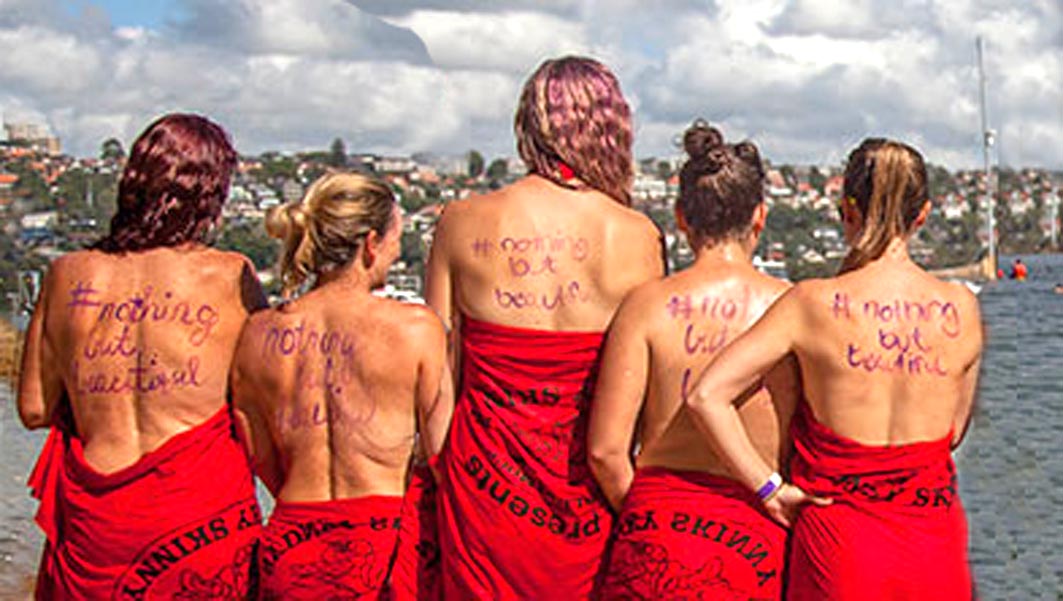 BANNER for the Sydney Skinny

CASTING aside his modesty in the name of charity last year, New South Wales horseman David Lindon is once again ready to bear his...

CASTING aside his modesty in the name of charity last year, New South Wales horseman David Lindon is once again ready to bear his soul – and rump – for a good cause.

Dared by his daughter, Stacey, to participate in the Sydney Skinny, Lindon not only accepted the challenge, he raised $1000 for charity.

As the name suggests, the Sydney Skinny is a naked swim, which is conducted along Cobblers Beach in Sydney Harbour National Park. The event is scheduled to be held on Sunday.

“Last year the swim came up and Stacey dared me to do it and I replied I will if she does,” Lindon explained. “She chickened out, but I still did it and raised $1000 for brain cancer research.

“The first reaction when I tell people is to laugh, but if I can do something like this and give someone a laugh, then that’s medicine for me on its own.

“It felt great doing something like this for a good cause, so I’ll be back at it on the weekend.”

Spurred on by the memory of his friend, Greg Sarina, who lost his battle with brain cancer, Lindon has intensified his focus on the charity aspect of the day.

Along with receiving donations, which are traditionally accompanied by remarks and giggles, Lindon has pledged the stakes earned by Semi Sensation when runner-up at Newcastle earlier this week.

“Greg was a great mate of mine, who we lost a couple of years ago,” Lindon said. “He’d be the first guy to do the same thing if the roles were reversed.

“Since getting involved, I’ve learned brain cancer is the main killer of children up to the age of seven in Australia…it’s absolutely insane.

“Every cent raised can hopefully help make a difference. The Foundation is also being streamlined, so more funds are getting through to the scientists, which is amazing.

“Getting my gear off is the least of my worries and I’m blessed that I can take part in something like this.”

As for the swim, Lindon will paddle his way along a 900-metre stretch weary of any underwater creatures mistaking him for a lure.

“We have been warned to watch out for little prawns, which might go for a bite,” Lindon said.