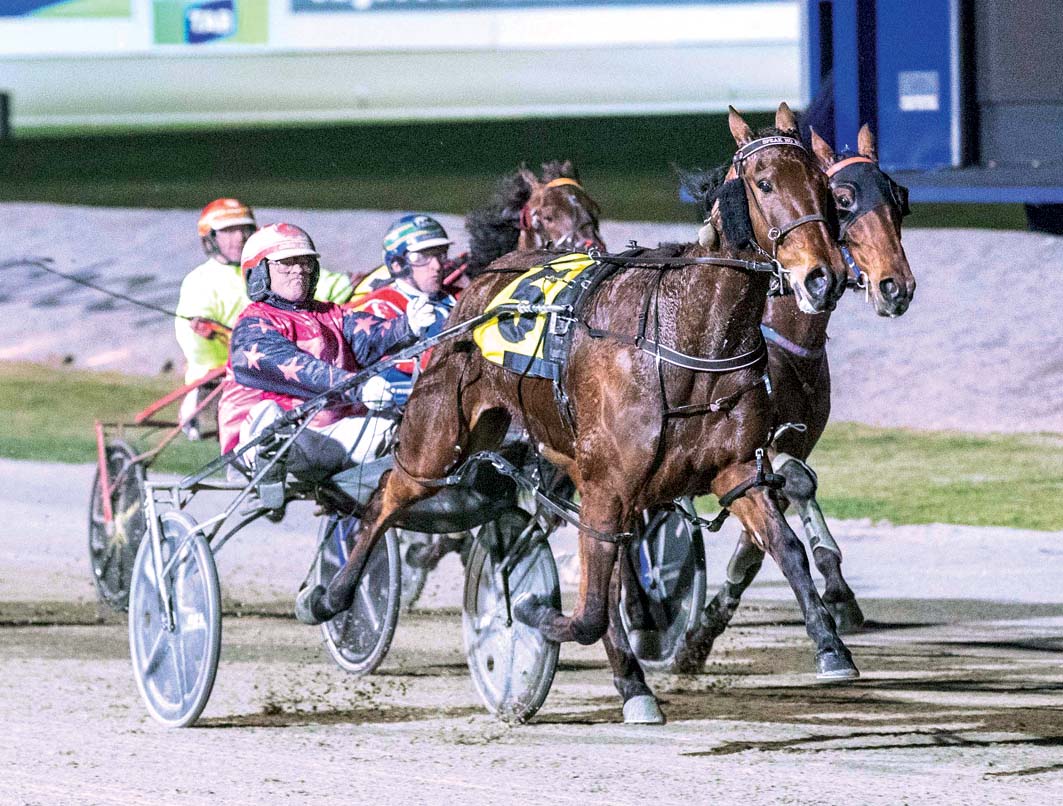 VICTORIAN horsewoman Emma Stewart is on the verge of setting another record. Thanks to her success with Speak No Evil at Tabcorp Park Melton...

VICTORIAN horsewoman Emma Stewart is on the verge of setting another record.

Thanks to her success with Speak No Evil at Tabcorp Park Melton tonight, Stewart has equalled the Australian mantle for the most wins in a season.

Stewart has won an incredible 299 races to match Bill Dixon’s mark established during the 2010/11 term.

With six days remaining in the season Stewart is odds-on to claim the record outright.

The multiple premiership winning mentor could achieve the feat at Warragul tomorrow, with her sole representative Tiger Storm a $1.50 favourite.

Stewart then has six starters on Monday – all favourites!

“We’ve had such a wonderful season, which is great for our owners,” Stewart said. “You never set out to break records, but it is an added bonus at the end of the season if these things come along.

“I cannot say thank you enough to our owners, staff, drivers and everyone in between who has helped the stable enjoy such a wonderful season.”

Last June Stewart broke a 77-year-old mark for the most wins at a Victorian metropolitan meeting.

Stewart won eight Vicbred semi-finals to become the first trainer to win more than five races on a city card.

Before the stellar performance Stewart was one of eight ‘quintet trainers’, with T Butterworth the first to achieve the feat at Ascot on May 26, 1941.

As for her latest milestone, Stewart grabbed a share of the record when Speak No Evil accounted for Angel Of Arts and My Harmony Blue in the Breeders’ Crown Final for three-year-old fillies.

Driven by Chris Alford, the daughter of Well Said was never fully extended to rate 1:54 over 2240 metres, taking her record to 12 wins and a second from 15 starts.

“She’s a very special filly which just hasn’t stopped improving all season,” Stewart said. “She will have a good break now and hopefully be able to step up to the better mares’ races next season.”

Speak No Evil was the closing leg of a Group One treble for Stewart, who was also triumphant with Hurricane Harley and Ride High.

Fighting a losing handicapping battle?
Lightning strikes before Hurricane hits
Two down, one to go
Mad dash for the border on the cards
About author