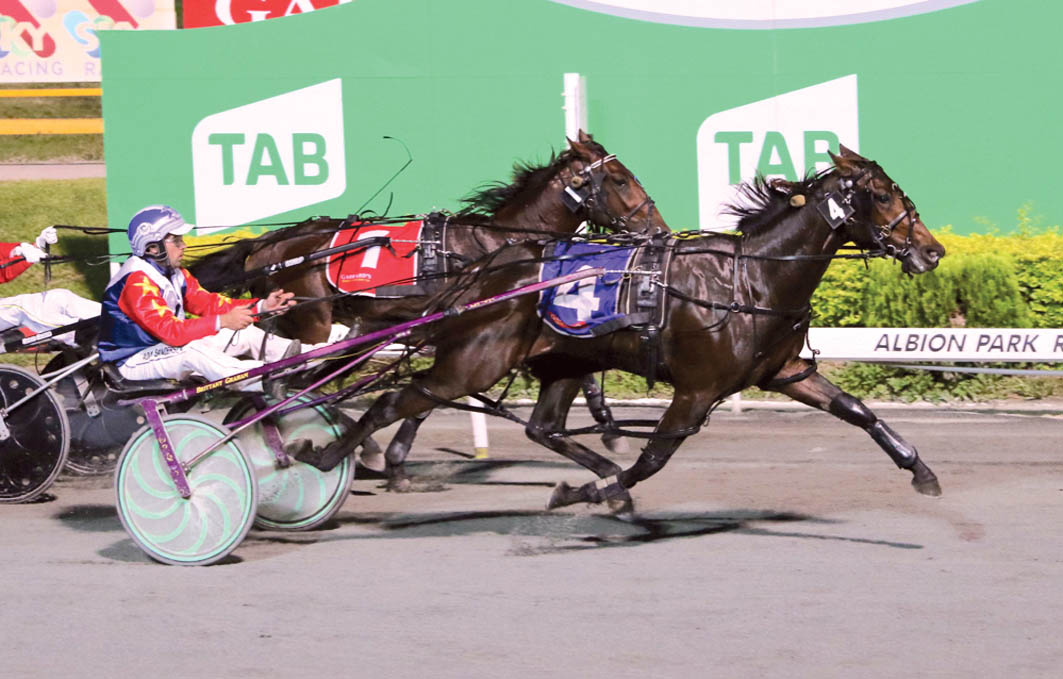 ALTHOUGH he pulled the wrong rein at Albion Park last night trainer Grant Dixon was happy with his stable’s result in the Australian Pacing...

ALTHOUGH he pulled the wrong rein at Albion Park last night trainer Grant Dixon was happy with his stable’s result in the Australian Pacing Gold heat.

Dixon had a large representation in the futurity with his team eventually filling the trifecta as the leading horseman finished third with Good As It Gets.

Adam Sanderson drove the winner, Albion Ark, while Broken Ark split the pair with Cameron Hart in the cart.

“There is not much between them but Albion Ark has good gate speed which helps him get into the right spot,” Dixon said. “Good As It Gets worked better during the week and I felt he was the better chance.

“It was a good result overall for the stable, with the other three we had in the race also running handy races.”

Beginning quickly to find the lead from barrier four, Albion Ark was allowed to roll along at a steady tempo as Good As It Gets worked on his outside.

Proving too slick along the home straight, the son of Mach Three scored by two metres, with two metres separating the placegetters.

“At the moment his gate speed keeps him in good stead as he showed last night,” Dixon said.

“He won’t race again between now and the Final in a couple of weeks.

“I will just keep ticking him along at home but there is a chance I may trial him on Friday.

“He is only a little fella and highly strung but is a good eater which helps keep the weight on him.”