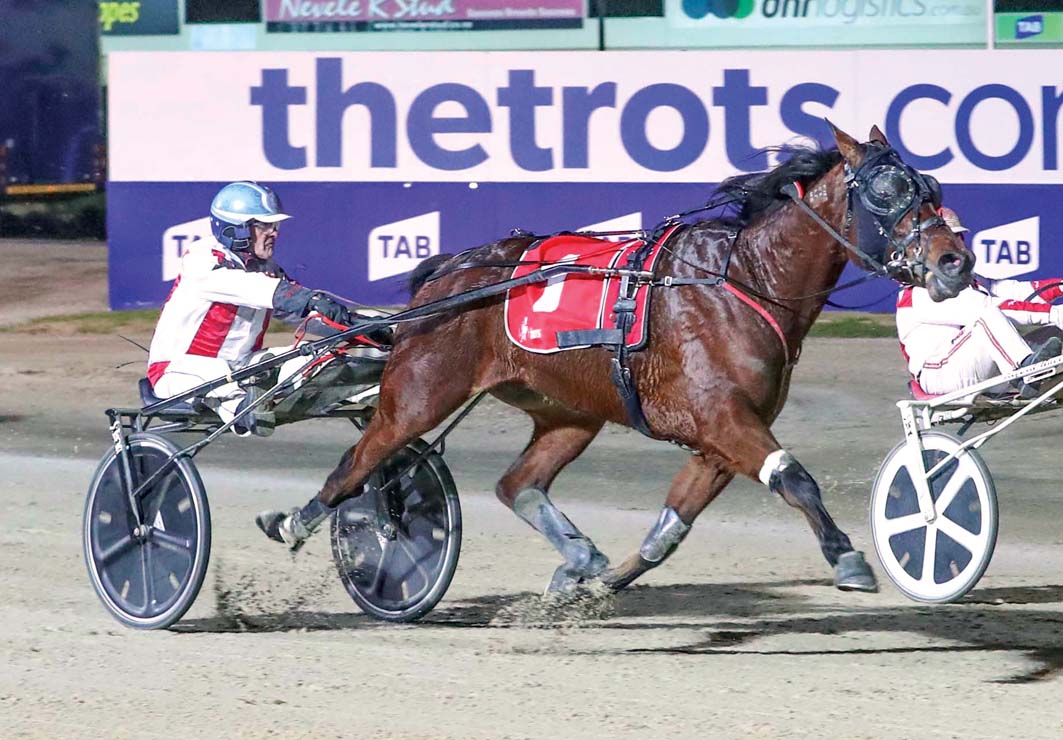 Svanosio captured a Vicbred Super Series Final with classy trotter Anywhere Hugo, which has three wins and two seconds from five starts since joining his stable last May.

“To get my first Group One win as a trainer is unbelievable,” Svanosio said. “It is a great thrill.

“I’m even more thrilled to be able to get such a win for the owners for sending the horse to me.

“Hopefully we can keep getting the job done for the rest of the season.”

Driven by master reinsman Gavin Lang, Anywhere Hugo began well from the pole, but was unable to hold out Reils, which dashed to the lead from barrier five.

Angled away from the pegs on the home turn, Anywhere Hugo grabbed the lead in a the last stride to score by a neck from Wobelee, which was gallant after racing three-wide from the bell.

Reils fought on for third, albeit 18 metres away.

“He had the perfect run and was able to make the most of it,” Svanosio said. “He has been a terrific addition to the team.

“He’s obviously got a lot of ability and Scott Dyer did a good job with him. He had issues as two and early three-year-old, but everyone has been patient with him.”

To be given an easy week, the son of Majestic Son will then be aimed at the Victoria Trotters’ Derby on August 8.

“The Derby is the next aim with him,” Svanosio said. “I’ll give him a few light days, then work towards that.

“He is also Breeders’ Crown eligible after the Derby, which will see out his season before going for a long spell.”