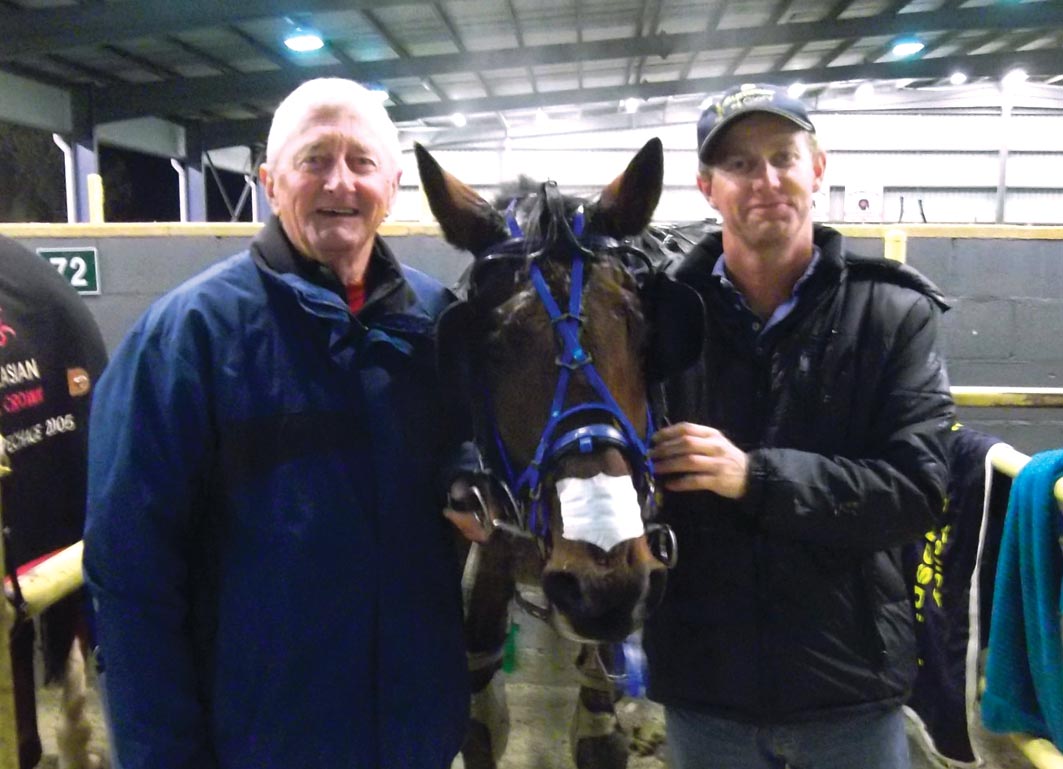 AFTER Will I Rocknroll broke his maiden status last month trainer Robbie O’Connell was given his ‘marching orders’. With O’Connell sidelined due to a...

AFTER Will I Rocknroll broke his maiden status last month trainer Robbie O’Connell was given his ‘marching orders’.

With O’Connell sidelined due to a hernia operation, his partner Darryl Peace had been in charge of the stable, which led to Will I Rocknroll registering his initial victory at Tabcorp Park Melton.

“I’ve been told I’m not needed as the horse didn’t win until I was spelling,” O’Connell quipped. “So I’m heading for a longer spell.”

As part of his rehabilitation O’Connell took a sabbatical in Queensland to enjoy the warmer weather, leaving Peace to “pick up the slack”.

Having his third start under Peace’s care at Maryborough yesterday, Will I Rocknroll was once again triumphant which resulted in the colt’s owners telling O’Connell “don’t come back neither!”

“I’ve pretty much been told I’m not needed at the stable,” O’Connell said. “The horse hadn’t won until I was on the sidelines, so apparently the results speak for themselves.

“Darryl has been working all the horses and they’ve improved by lengths he keeps telling me, so I’ve been told I may as well cash in my return ticket.”

Driven by Zac Phillips, Will I Rocknroll led throughout from barrier five to account for Outback Shadow and Emijay

“Darryl loves to point out the horse’s wins have been since he took over the trainer, but I know the real reason,” O’Connell said.

“He’s only drawn barrier five twice and won both times, so it’s obviously the horse’s lucky number that has seen him get up…just don’t tell Darryl I said that!”