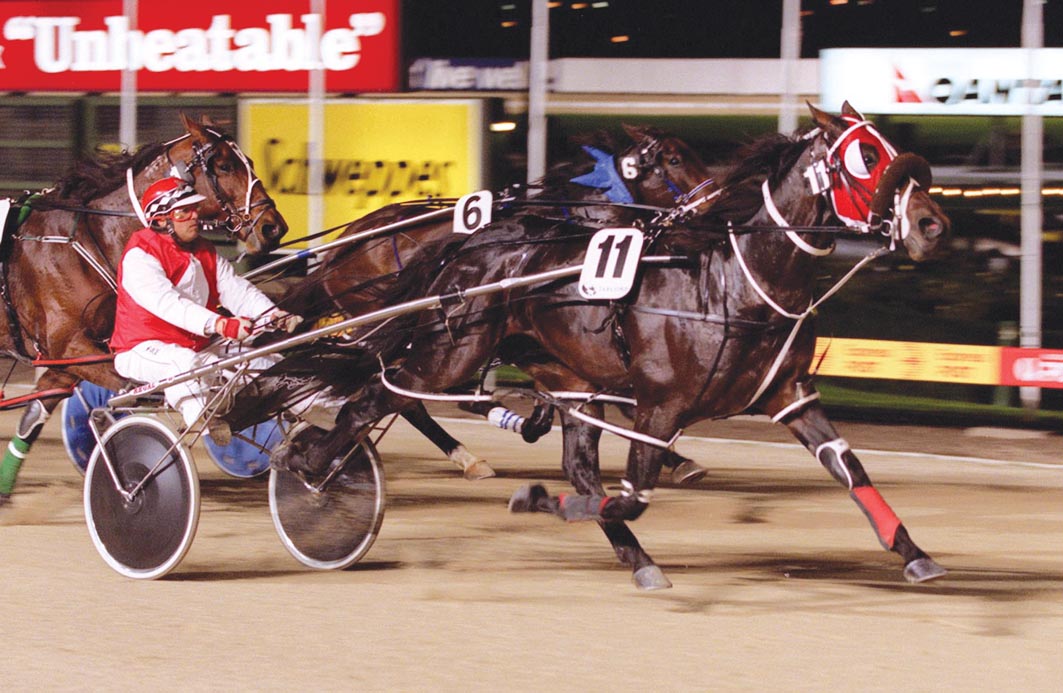 ANGE PACE'S former top pacer Gozo Heritage being driven to a win at Moonee Valley by his son, Ray.

IT IS accurate to say harness racing lost a true gentlemen and a fine horseman this evening, but it would be a lot more...

Sadly, after a battle with illness, respected Victorian trainer Ange Pace has passed away.

A multiple Group One winner, Pace died while surrounded by his loved ones at 82.

Those fortunate to have known Pace will testify to his kind nature.

Be it to someone he just met, or person he had been associated with for a long time, Pace possessed a welcoming, friendly trait which was always led with a smile.

As a tribute to Pace, we will publish an article featuring his life story which was written by Paul Courts more than a decade ago and one which Pace referred to as his favourite.

National Trotguide extends its condolences to Pace’s family and many friends.

ASTUTE Melton horseman Ange Pace believes he has a unique connection to horses – he knows what it’s like to be one!

Before anyone draws the wrong conclusion, Pace is not one of those people who think they were a member of the equine race in a previous life.

Pace’s understanding of horses, which has led to a strong respect for the four-legged breed, comes from the fact he has first-hand knowledge of the hard work involved in lugging a cart around, giving him a mutual understanding for his equine counterparts. 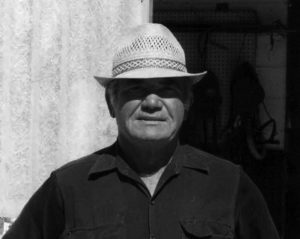 As a child in his native land of Malta – the island of Gozo to be exact – Pace’s first job was to act as the ‘horse’ for the business he and his older brother, John, conducted.

With John steering the company vehicle, Ange was forced to pull the cart loaded with various items.

“I was the horse, or donkey, as I was called then,” Ange recalled. “John and I would travel around selling glasses, buttons, pots, anything we could.

“I can certainly relate to horses because of that. It was a tough life, I started working at 12, but we did whatever we had to do to look after each other.”

One of 12 children – eight boys and four girls – born to Joseph and Jane Pace, Ange is the fourth in line, having celebrated his 67th birthday on May 2.

“We were always together and had a lot of good times,” Pace said. “Coming from a big family made it hard, but we made the best of what we had.”

Pace’s first foray into harness racing came via his father, who raced horses through the streets of their village on Sunday afternoons.

At the tender age of 12, Pace started working as a stonecutter, a profession he mastered for five years until migrating to Australia by himself via a 35-day boat trip in 1953.

“Like I said, life was tough in those days and the work was hard, too. It would be 110 (Fahrenheit) degrees in summer and you would be just about frozen in winter,” Pace said.

After moving to Deer Park to live with an aunt and uncle, Pace’s first job was making roof tiles.

“We made them out of cement sheets, but I only lasted there about three weeks,” Pace said. “Nearly everyone that worked there long term has died. The place was cancerous.”

Pace then lied about his age to gain work at the Albion Quarry, before moving to Queensland to work as a cane cutter.

“I reckon every Maltese that came to Australia in those days worked at the quarry,” Pace said. “Then I worked in Queensland before returning here and getting a job on the waterfront where I eventually worked for 36 years.”

Eight years after Pace made the move to Australia, his parents arrived with seven of his siblings but, by that time, Pace was already married and living with his wife, Frances, in St Albans.

“In 1955 after I worked as a cane cutter I brought back enough money to buy a block of land and a house, which cost me 250 pounds,” Pace recalled.

With legendary trainer Alf Simons close by, it was only a matter of time before Pace’s passion for horses came to the fore, with Pace venturing to Simons’ stable most weekends.

“I was at Alf’s place as often as I could be to help out, but I never got paid,” Pace said. “I just liked being there and I worked for Alf for about seven years.”

Eventually buying seven-and-a-half acres from Simons in Deer Park, Pace bought his first horse, Young Volo, which not only started a feature-race winning training career, but introduced a truckload of Paces to harness racing.

Pace’s first winner was Irish Lace, a mare which raced her way to metropolitan class at the Ascot Vale Showgrounds.

“Jimmy Harning, who is one of the all-time best horse-breakers, told me ‘you break her in and I’ll teach you,’” Pace said. “She was an unraced four-year-old and won 16 races for us. I have been training ever since and have enjoyed every minute of it.”

With a growing family of his own, including three children – Ray, Elizabeth and Joe – Pace moved his clan to Melton where he has lived for almost three decades.

After building a team of handy performers at Melton, Pace drove his first winner at Terang on January 17, 1981.

“I was driving Quick Suzie in the last race at Terang. Gavin Lang was going for his fourth win of the day and I pipped him on the post,” Pace said.

Pace’s list of achievements has grown considerably throughout the years, with the veteran winning numerous majors.

Pace rates former top filly Artlimond as the best horse he has been associated with, with the daughter of Timely Boy providing the outspoken trainer with his two biggest thrills in harness racing.

One of the best fillies of the late 1980s, Artlimond’s first highlight for Pace was victory in the 1985 Edgar Tatlow Memorial.

Artlimond was driven by Ray and scored an effortless win in the $30,000 feature, with the victory making the 20-year-old reinsman the youngest Group One winner in Victoria.

Ray, the eldest of Ange and Frances’ children, is the only one to inherit his father’s passion for training and driving.

Artlimond, which also finished third in the Vicbred Sires’ Final as a four-year-old, was retired with the impressive record of 13 wins and 18 placings from 48 starts for earnings of $84,640.

Although her racing career was over, Artlimond continued to provide Pace with highlights when she produced Gozo Heritage to capture the inaugural Breeders’ Crown Final at Bendigo.

With Ray in the sulky, Gozo Heritage secured the $75,000 feature as the rank outsider of the field, paying better than $80 on the tote.

“She was a wonderful filly, that came along just when I needed her,” Pace said. “Not only was she a top racehorse, she has been a top broodmare.”

A speedy son of My Handsome Fella, Gozo Heritage flew the Pace stable flag well until his sale to the US last December for an undisclosed six-figure sum.

“Gozo was another beautiful horse,” Pace declared. “He was the kind of horse you want in the stable, but the money offered for him was too good to turn down. Given the mark he was on, it was always going to take a while to win that kind of money.”

Scaling his team down to “six or so” horses recently, Pace prefers to race his own horses as he enters the twilight of his career.

“I was breeding three or four a year and training outside horses, but I have to slow down now,” Pace said. “I only breed one and don’t chase for owners any more. One young horse a year is enough as, at my age, I’m just not strong enough to fight them when I’m breaking them in.”

Although his racing numbers have dwindled, Pace still wakes to the sound of his alarm at 5:30 each morning to tend to the wide range of animals on his property and maintain the land.

“At the moment, it’s too dark to work the horses, so I milk the cow first,” Pace said. “I’ve finished with the horses by 11:30; then I maintain the place.”

During his time in the industry, Pace has seen a lot of changes, and a number of boards come and go, which is one area he believes needs addressing.

“Basically, every time we have a new government, harness racing gets a new board,” Pace said. “The problem with that is they make decisions that affect the long term and, after they’re gone, we are still here living with their decisions.

“I don’t think they should be able to make dramatic changes without the industry’s input.”

Although Pace is slowing down his harness racing commitment, he has no plans to call it a day.

“I’ll just keep going along the way I am for as long as I can,” Pace said.

When he isn’t travelling between tracks, training winners, or tending to his property and animals, Pace enjoys spending time with his other passion – making wine.

“I’ve been making wine ever since I came here,” Pace said. “And I make a good drop, too.”