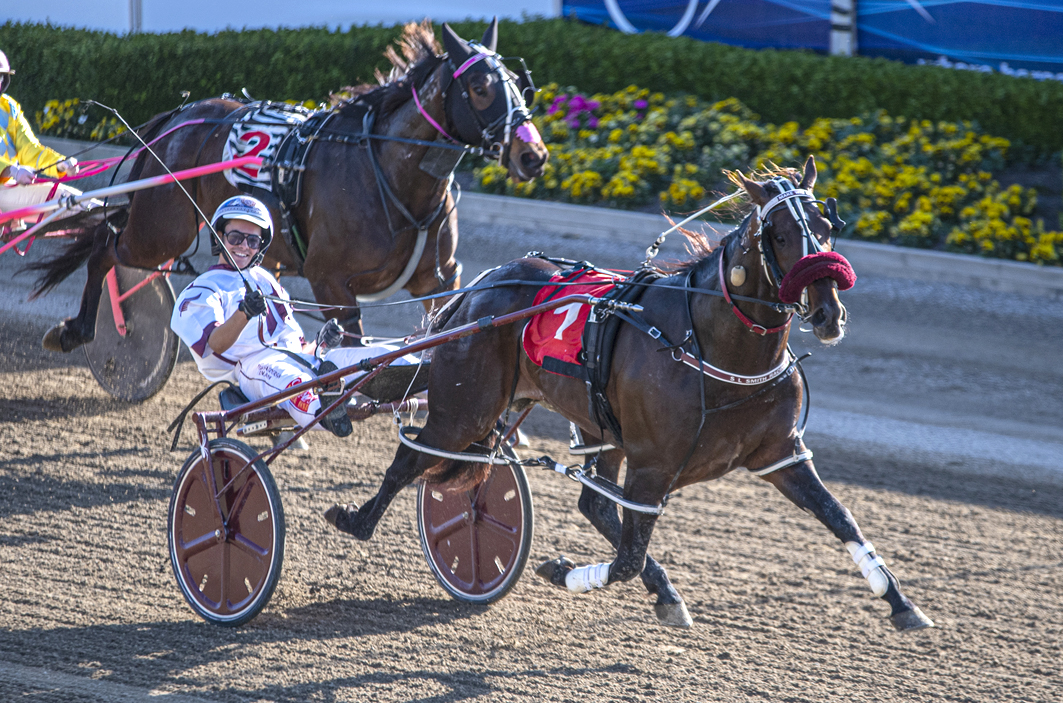 WITH her early prayer answered, New South Wales horsewoman Sonya Smith is hoping for one more miracle this weekend. Smith is poised to make...

WITH her early prayer answered, New South Wales horsewoman Sonya Smith is hoping for one more miracle this weekend.

Smith is poised to make the trip south of the Murray with rising star Make Way on Friday ahead of a feature assignment the following evening,

Unbeaten from four starts this season, Make Way is engaged in the Group Two Cranbourne Cup.

To Smith’s delight the son of Mach Three has drawn perfectly in the pole.

As good as the barrier is, it wasn’t specifically the number Smith wanted, but a certain starting position.

“I was praying the night before he would draw inside Hurricane Harley, which is what we got,” Smith said.

“I feel Hurricane Harley is the obvious leader so it gives us a chance to follow the speed which Make Way does really well and that gives him half a chance.

“It is a big step up, but he has proven he can handle the quick tempo and thrive on it.

“Hurricane Harley is the one to beat from two, but there are several strong chances in the race.”

Expecting the entire to improve as the season progresses, Smith has earmarked the Chariots Of Fire as Make Way’s main target for the term.

Australasia’s premier four-year-old event is scheduled to be conducted at Tabcorp Park Menangle on February 22.

“I’m really happy with the improvement he has shown this time in,” Smith said. “Last year he was a bit vulnerable but this season he is a lot more versatile.

“The main aim is the Chariots Of Fire so that’s the way I will head with him over the next couple of months.”