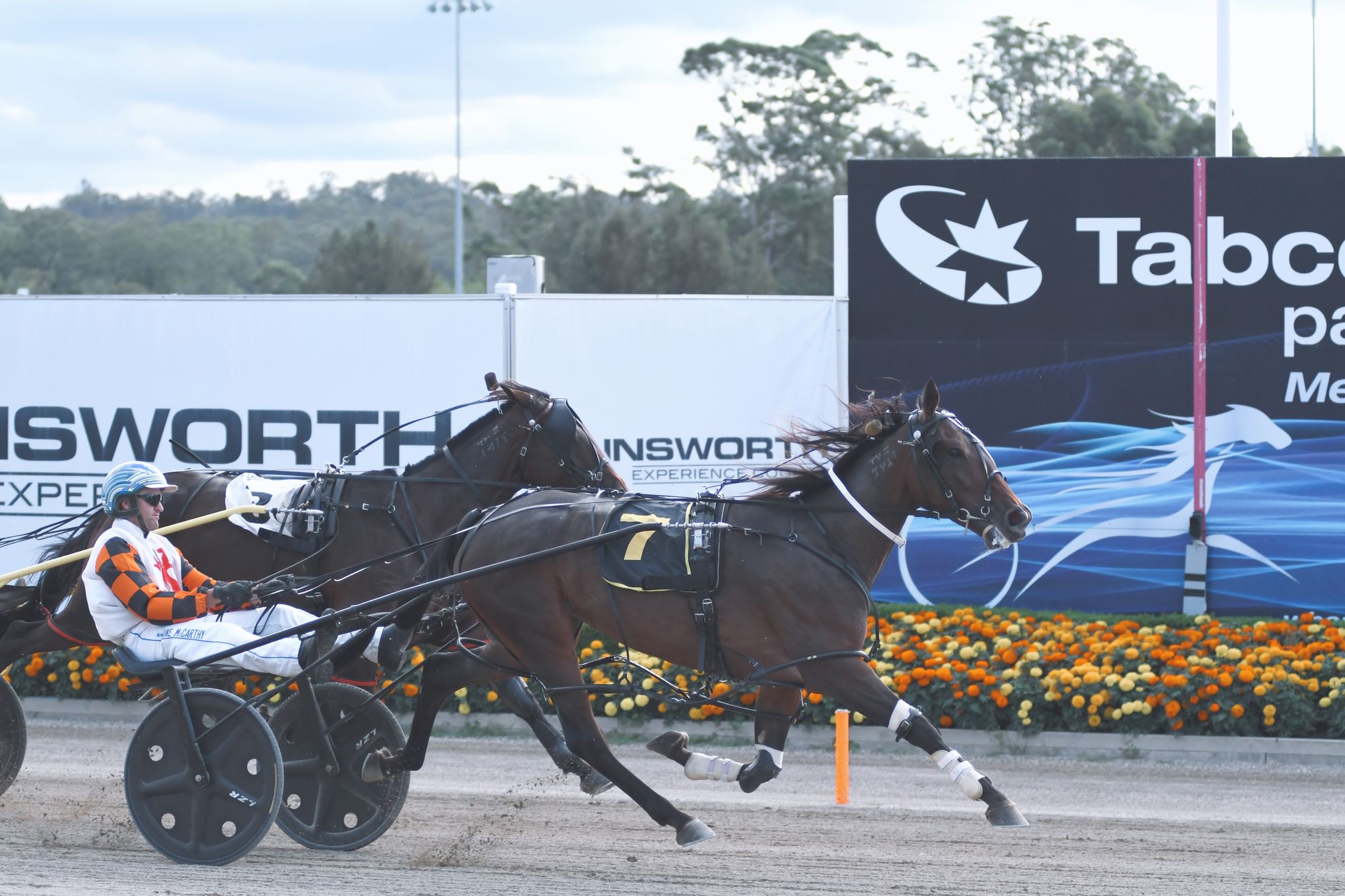 Trainers line up to book the champ

Luke McCarthy30
WITH 126 winners already this season, premier reinsman Luke McCarthy doesn’t need to go hunting for a few extra drives. Most of his winners...

Most of his winners are for the powerful Craig Cross stable, where he remains their No 1 pilot.

Yet McCarthy finds himself in demand at Tabcorp Park Menangle today with six “outside” drivers for five different trainers, one of them his mother Narelle, who will provide one of the favourites, Under Worked, in Race 8.

Luke doesn’t travel that much these days and seems content to restrict his driving to Menangle, Penrith and Newcastle.

“Besides, it’s too cold for me to go to Bathurst,” joked McCarthy as he prepared to add to his Menangle tally today.

Such is the attraction of McCarthy’s talents to punters that all five of his drives could conceivably start favourites in their respective events.

The first of those, Hey Mister Taylor, having just his second start for trainer Greg Tanti, is listed at $4 in early markets for Race 3, the Nationaltrotguide.com.au Pace following a close third to Shezsavvy in a Menangle trial last week.

He then shapes as the one to beat when he has his first drive behind former Victorian Rock Of Delight ($3.50) for Michael Doltoff in Race 4.

Malcolm Locke has secured Luke’s services for two of his charges, Major Mucha ($3) in Race 5 and Jimmy Locke ($4) in Race 7, with both certain to attract plenty of punters’ support.

McCarthy also has a long and successful association with Yagoona trainer Peter Hanson and the pair combine with the consistent Wahs Fire Big ($3.75) in Race 6.

Luke has already won five races on this daughter of Mach Three and she should go close to scoring her eighth win from 26 starts after drawing perfectly in gate five for today’s assignment.

And finally Luke will be taking orders from his mother Narelle in Race 8, the 1609m ‘claimer’ when he partners perennial favourite Under Worked, a former Craig Cross-trained runner having his 153rd race start.

Normally Narelle’s youngest son Todd, or her husband John, are aboard Under Worked, although Luke has won several races on the veteran pacer in 2018 and 2019.

But Todd has switched to $1.65 favourite The Golden Cross, chasing a hat-trick for Kevin Pizzuto, for this race, giving Luke a chance to renew old ties with Under Worked ($5.50), who’ll be chasing his 30th win and his fourth success since joining Narelle’s growing team of pacers.

Ima ‘teeny teeny’ Mystery Girl
Team McCarthy ready to go for Inters
When the chips were down, they couldn’t beat...
First 200 metres will tell the story, says Luke
About author