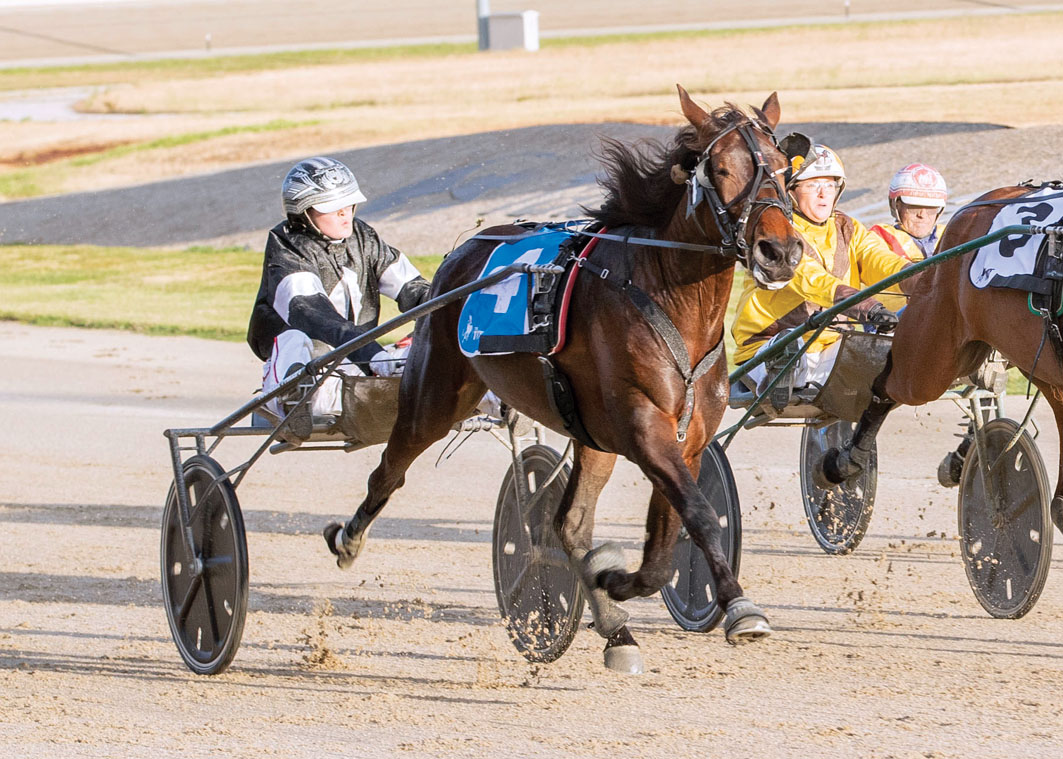 Winners at Tabcorp Park Melton tonight, the duo will compete in various provincial features according to trainer Chris Svanosio.

Kyvalley Finn and Magicool have already made appearances on the circuit, with the latter second in the Kilmore Trotters’ Cup in September.

“The country cups will be the go with them,” Svanosio said. “Kyvalley Finn is a good stayer and suited to those conditions.

“With a bit of luck he will keep racing well and pick up one or two along the way.

“The Yarra Valley Trotters’ Cup on Thursday is possible with Magicool, I will have to discuss it with his owners first.”

Driven by Svanosio during his latest victory, Kyvalley Finn worked overtime in the ‘death seat’ before scoring by a neck from the front runner Jerichos Trumpet.

“They both did a bit of work and won well,” Svanosio said. “I’m pleased with the way they went.”

Svanosio also prepared Norquay to score with Michelle Phillips in the cart.

Like her stablemates Norquay raced outside the leader on her way to a metre-and-a-half win from Fatouche, with Mar Pacifico a neck away third.

The daughter of Majestic Son rated 1:58.6 over 2240 metres to take her record to five wins and a second from 13 starts.

“She just keeps surprising,” Svanosio said. “She was up in class but the way she did it tonight suggests she can win a metro race.

“She has got a few niggles which need working on to keep her sound, but if she can stay sound she should win a few more.”