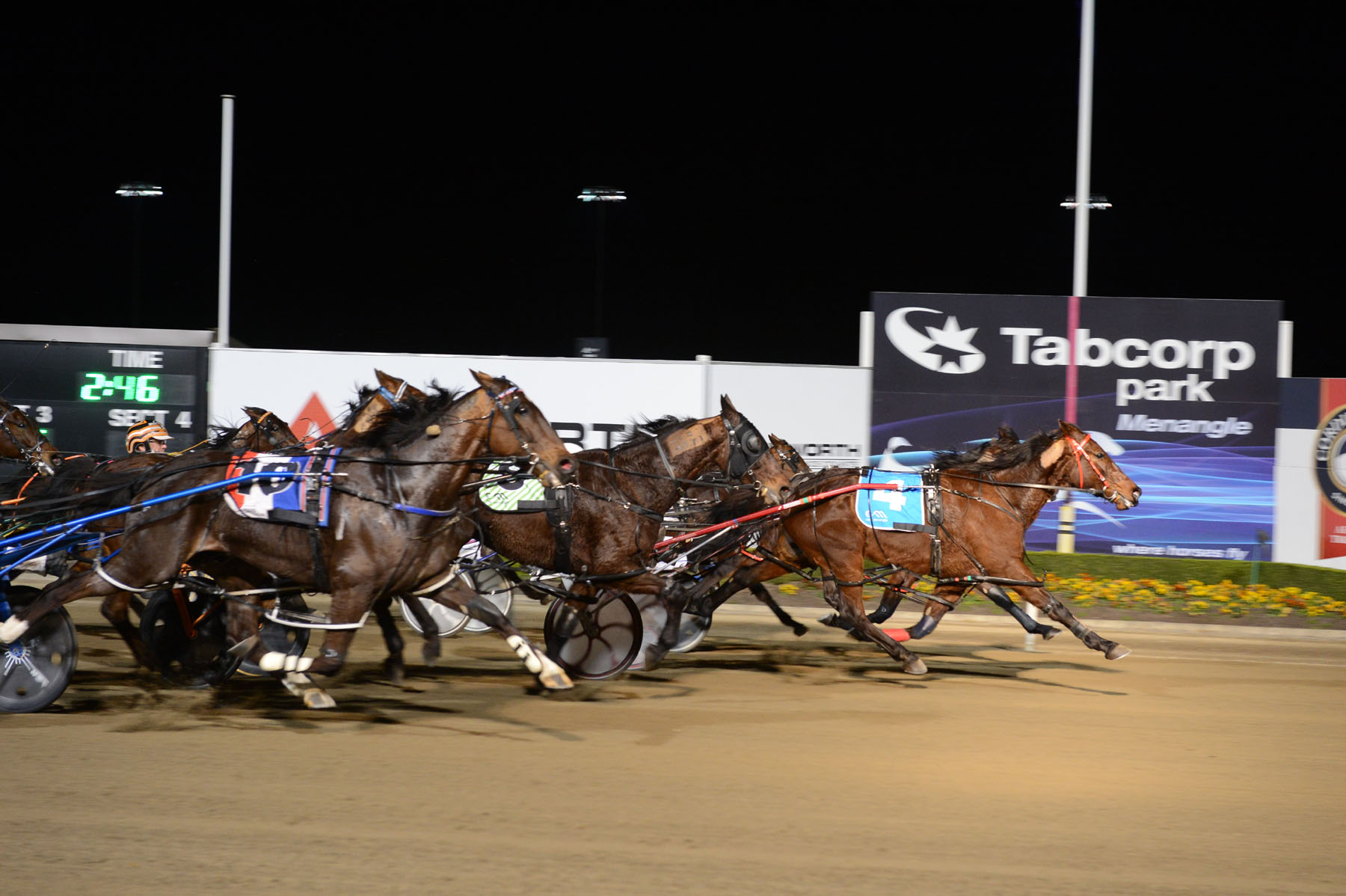 Trainer Kevin Pizzuto had four runners entered in the third event on the card, but it was Jokers Tothe Right ($10.90) that gave Reese the first leg of his double.

Starting out wide, Jokers Tothe Right took an early lead and dictated the pace from the front over the 2300m journey.

The eventual runner-up Tullow dived on the line but Pizzuto’s six-year-old gelding held on to win by 1.4m.

Reese had an easier win to record his second winner of the meeting in the Group Three St Gregory’s College Old Boys Baby Bling Stakes.

Driving Takara Truffle ($4.10) to victory for trainer Aaron Goadsby, Reese came off the arm quickly from a wide gate to hit the lead.

Takara Truffle ran the fastest time of the meeting and a best winning mile rate time of 1:52.8 seconds to win the feature race.

The three-year-old filly pulled away coming off the final turn to win by more than eight metres and has now won four of her five previous starts.

Trainor’s two winners were both favourites.

His first winner, trainer Wayne Dimech’s Stening ($3.20), was involved in a thrilling finish when holding on to win by a half-head from runner-up Lets Strike The Gold and Rocknroll Music a further half-neck away in third.

The win was the five-year-old gelding’s second consecutive victory at the Menangle track.

Trainor got Jayceekay ($2.00) home four metres ahead of her nearest rival for trainer Jarrod Alchin in the final race over 2300m.

Jayceekay’s victory in the trotters’ event was her second win from three races in Australia since arriving from New Zealand last month.

The seven-year-old mare was slow to get away from the standing start but quickly recovered to hit the front as the field approached the first turn.

The half-neck victory was the seven-year-old gelding’s first victory since winning at Parkes 13 starts ago.