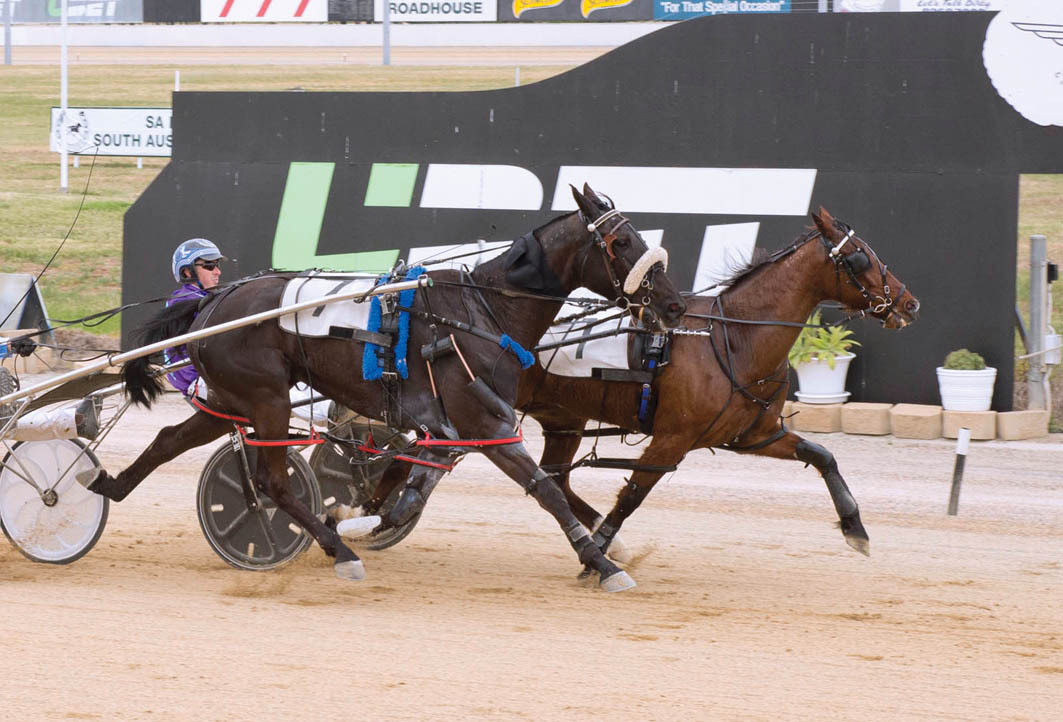 CONSISTENT pacer That Said is in a strong position to keep his solid form for the season going at Globe Derby on Saturday night....

CONSISTENT pacer That Said is in a strong position to keep his solid form for the season going at Globe Derby on Saturday night.

Fresh from his win at the same venue a fortnight ago, That Said has drawn barrier five in the opening race on the card for trainer Jill Neilson.

Although she referred to the draw “tricky”, Neilson believes the son of Well Said is capable of making his presence felt.

“He is racing really well with a pair of wins and four placings from his eight starts this time in,” Neilson said.

“I’m very happy with the way he is racing and working and expect him to put in another good run.

“It will be tricky from five, but he is ready to run his honest race and with the right run will be thereabouts.”

Citing Our Surrogate as the one to beat, Neilson also rates the gelding’s stablemate Carmy Dan as a major chance.

“Our Surrogate looks like a nice type for Aaron Bain,” Neilson said. “It has drawn well in three and is the one to beat.

“Carmy Dan, which is also trained by Aaron, also looks pretty handy and will no doubt do well even from the second row.”

With no major plans in mind for the gelding, Neilson will continue to find suitable targets for That Said as he works his way through the grades.

“I haven’t got anything set out,’ Neilson said. “Just get past this run and look for the next race.

“Keep playing it by ear and see how he goes.”

Ballarat to host highly-anticipated clash?
Conditions against in-form pacer
Micky happy to keep chalking up the winners
Media man’s son making his own headlines
About author