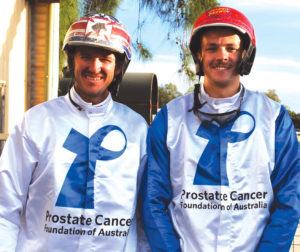 Winner of last season’s inaugural Australian Reinswomens’ Championship in Tasmania, Hill will be looking to become the undisputed Aussie title holder at Globe Derby on November 3.

Having also captured the 2009 Australasian Young Drivers’ Championship in Queensland, Hill could also become the first to secure the three ‘belts’.

Hill was due to represent South Australia in the 2016 ADC in Adelaide but missed the series through suspension, with her brother, Wayne, replacing her in the line-up and ultimately claiming the title.

Hill will be joined by premier horseman Ryan Hryhorec, who is no stranger to the Championship having finished second behind Wayne.

Harness Racing SA has also selected its representative for the Australasian Young Drivers’ Championship, which is scheduled to be staged in Queensland between November 21 and 25.

Regarded as one of the finest concession drivers to emerge from SA, Jayden Brewin will don the state colours.

Next stop Kaikoura
Quality youngster’s successful racing return
Astonishing night not out of the ordinary!
Self assured a Chariots Of Fire berth
About author