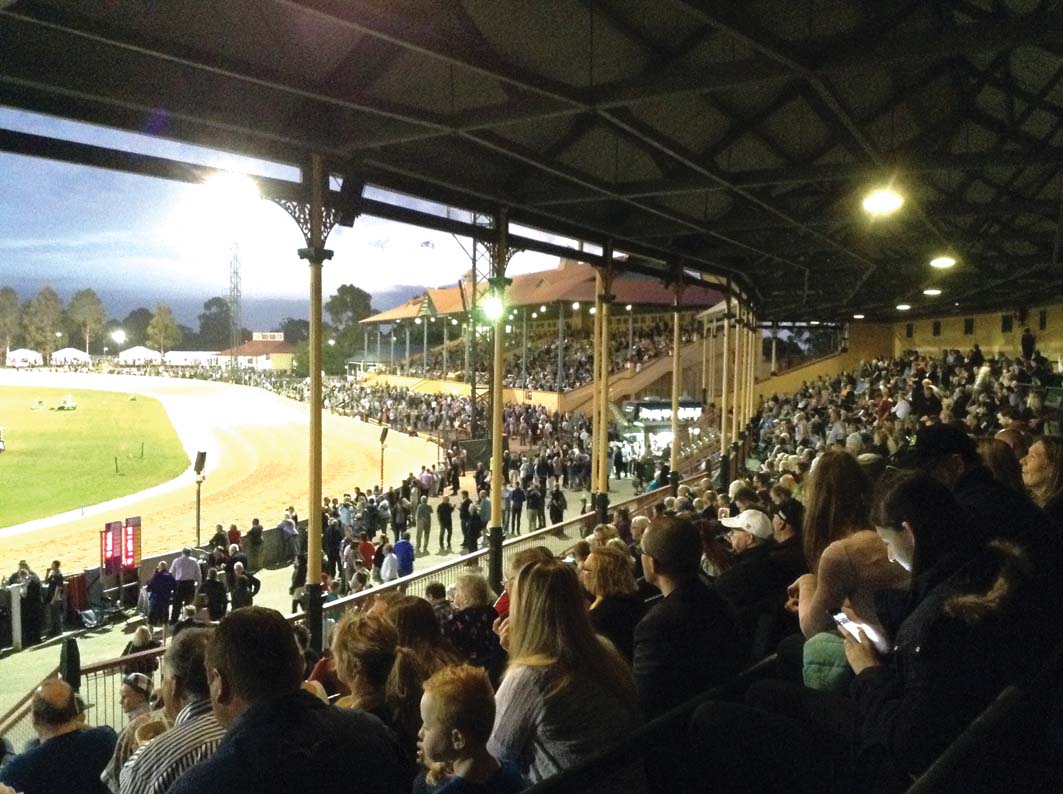 MEMORIES of some misspent youth will come flooding back on Friday night. Having grown up in South Australia, and within a harness racing family,...

MEMORIES of some misspent youth will come flooding back on Friday night.

Having grown up in South Australia, and within a harness racing family, Lance Justice spent some of his early years at Wayville

Home of South Australian harness racing from 1925 to 1973, Wayville was a place of play and business for adults as well as an area to ‘cut loose’ for the kids.

After more than four decades away from the venue, Wayville was revived for an award-winning extravaganza on October 27, 2017.

“I remember being at Wayville as a kid and it was a very sentimental experience in 2017,” Justice said.

Attracting a sell out crowd reminiscent of the halcyon days of trotting in the state, the ‘step back in time’ program also gained valuable mainstream media coverage for the local industry, and more importantly, was a financial windfall.

Complete with food vans and an electrifying atmosphere, the evening was crammed with trips down ‘memory lane’ for so many, including Justice.

“It was terrific to be part of the night, especially being out on the track driving,” Justice said. “When I won with Hellfire Pass it was like a surreal dream as I thought of the champions of a bygone era, including my father Dudley.

“Dad trained a lot of winners at Wayville, including Findon Loo, which won at one of the last meetings there.

“Findon Loo was driven by my brother Lenny, who sadly died in an accident a number of years ago.”

Becoming a multiple premiership winner at the track which replaced Wayville – Globe Derby – before his move to Victoria, Justice is “chomping at the bit to be back.”

“It was a huge night last time we can only hope it is bigger this year,” Justice said.

“Everybody there, be it drivers, trainers or the general public had a phenomenal night and no doubt most of those people will won’t to be back this time let alone those who missed out and don’t want that to happen again.

“That kind of crowd cheering and chanting so close to the track was up there with any meeting I have driven at…New Zealand Cup, Inter Dominion, Miracle Mile included.

“I was very fortunate to be a part of it last time and I am chomping at the bit to be back this week.”

It all worked out in the end!
Winning streak officially in motion
Good draw may be a setback!
It’s not all about the money…
About author