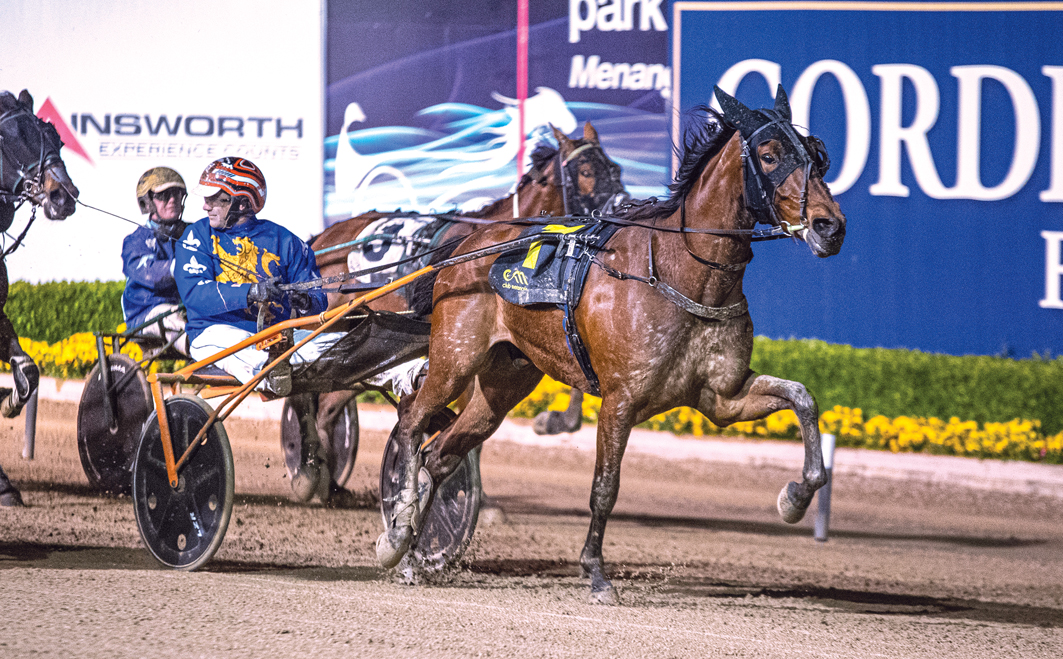 Trotter’s first step towards the top

First-up since capturing the Four and Five-Year-Old Final at the same venue last May, Drop The Hammer outclassed a handy field for trainer Darren Hancock.

Pleased with the gelding’s performance, Hancock will continue to contest local events before taking aim at several key targets in the New Year.

“He will go around here a couple more times, then I will have a look at Melbourne,” Hancock said. “Going down there to take one some of the better trotters will be a very good test for him.

“He’s got to measure up now…he is a five-year-old so it’s time to test him.

“I am looking at the major races during summer if he measures up but at this stage we’ll just take each step as it comes.”

With Hancock in the cart Drop The Hammer began well from barrier seven to be settled in the perfect one-one trail as Rompers Monarchy led and Hotjane Bling occupied the ‘death seat’.

Angled into the clear at the top of the home straight, the son of Bettors Delight sprinted to a three-metre win from Monaro Mia, with Pegasus Elegance four-and-a-half metres away third.

“He’d been working well at home and had a couple of solid trials so I knew he was ready to run a good race,” Hancock said.

“I was fortunate to get him into such a good trail early and he made the most of it.

“That run will do him the world of good and he will be better next time around.”