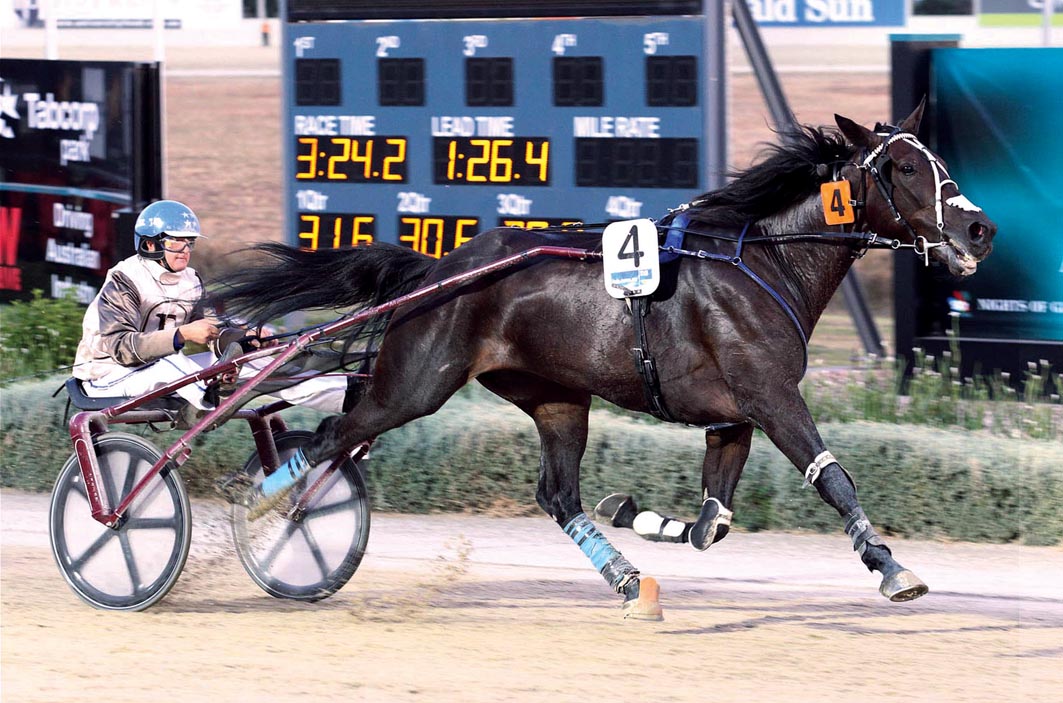 I CAN DOOSIT winning the 2012 Trotters' Inter Dominion Final

IN WHAT can only be described as a blessing for purists, the Trotters’ Inter Dominion will make a comeback next season. Harness Racing Victoria...

IN WHAT can only be described as a blessing for purists, the Trotters’ Inter Dominion will make a comeback next season.

Harness Racing Victoria revealed the time-honoured series will return after being dumped from the racing calendar in 2012.

Having captured the 2011 and ’12 editions of the Championship, New Zealand squaregaiter I Can Doosit was denied the opportunity of a record third Inter Dominion win as a result of the event’s demise.

As it stands, I Can Doosit is one of only three trotters to secure consecutive Inter Dominions and one of five dual winners.

“The trotting population now comprises almost a quarter of the total harness population in Victoria, so it was vital to recognise that appropriately,” HRV General Manager of Racing Glen Canty said.

“The 2018 Inter Dominion will now showcase both gaits.”

In another fantastic coup for regional racing, HRV also revealed two rounds of the 2018 Inter Dominion carnival will be staged at provincial circuits.

Having received notice of interest from numerous clubs, HRV has elected to conduct the second and third rounds at Ballarat and Cranbourne.

Tabcorp Park Melton will host the opening qualifiers on December 1 before the action heads to Ballarat for the second round on December 5.

The third night will be staged at Cranbourne December 8, with the Final to be run at Melton on December 15.