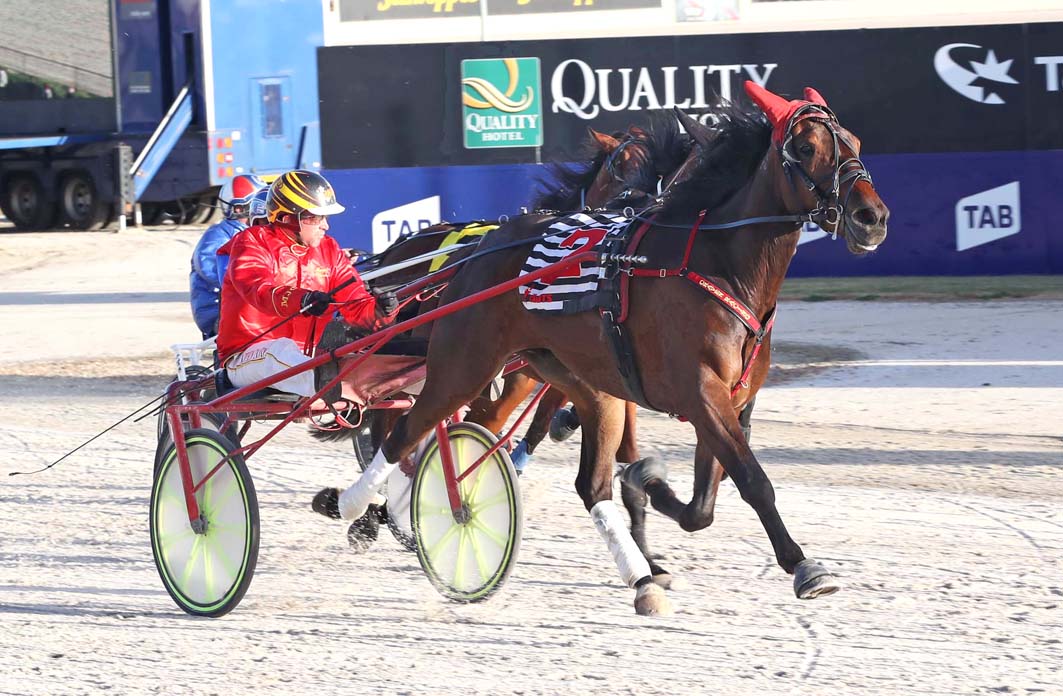 Trotter’s life is about to get tougher

LIFE is about to get tougher for boom squaregaiter Magicool. With connections hoping the lightly-raced gelding can force his way into the Trotters’ Inter...

LIFE is about to get tougher for boom squaregaiter Magicool.

With connections hoping the lightly-raced gelding can force his way into the Trotters’ Inter Dominion, Magicool will face his first test when he heads to Tabcorp Park Melton on Saturday night.

Winner of his two starts this season, Magicool will attempt to break his metropolitan maiden as trainer Matthew Craven tries to improve the five-year-old’s Trotters’ Inter Dominion ranking.

Boasting eight wins and two seconds from 10 outings, Magicool is listed at 48 on the second round of rankings released by Harness Racing Victoria a fortnight ago.

The third rankings are due to be revealed tomorrow.

“He’s been good so far but has only been racing against relatively moderate opposition compared to what he will face on Saturday night,” Craven said.

“Life gets tough for him now. He’s only had 10 starts but has to really step up as of this weekend.”

As for Magicool’s pending assignment, he has drawn to settle forward from barrier three, with Craven confident his stable star can play a major role in the finish.

“He’s definitely got the ability to go on with it, but whether he can take the step straight away or need time to ease into it we will see soon enough,” Craven said.

Returning from a seven-month spell, Nieta has drawn two, with Cargerie to come from the pole and Shared Interest to begin from four.

“Those drawn closest to him are ones to beat,” Craven said. “It won’t be easy, but given the ability he has shown and how good his track work as has been, he should be right in the finish.”