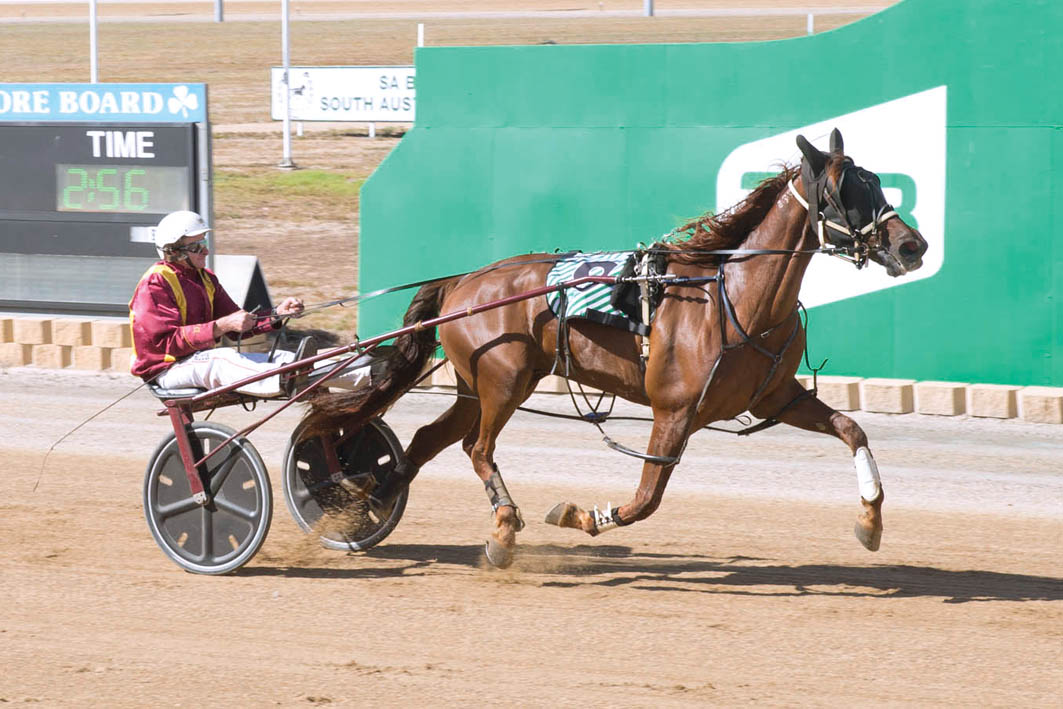 MOVING back in handicap has put The Paigeboy’s perfect record in danger at Strathalbyn on Sunday. Thriving since arriving in South Australia the trotter...

MOVING back in handicap has put The Paigeboy’s perfect record in danger at Strathalbyn on Sunday.

Thriving since arriving in South Australia the trotter is unbeaten from four starts for respected trainer David Smith.

Each of the squaregaiter’s wins have been at Globe Derby, including the last meeting at the venue before the dispute which saw races transferred away from the track.

Scoring from the front, 10 and 20 metre handicaps, The Paigeboy faces a daunting 30-metre back mark this time around.

Although he has no doubt the son of Barcadi Lindy is ready to produce his best following a short break, Smith is “not going in to it with a great deal of confidence that’s for sure”.

“He seems to prefer racing over here,” Smith said. “You can’t ask for much more than four from four.

“He has been a bit lucky I suppose with the right runs in right fields.

“It will be tougher from now on as the more wins he gets the more his handicap will be.”

Smith is also concerned about the shorter trip around the provincial venue.

“If the was race at Globe Derby I would give him more hope, but Strathalbyn is a little tricker and over shorter distance,” Smith said.

“It will be a difficult assignment for him against a full field so negotiating traffic will be first factor.

“The way he has won so far the extra 10 metres shouldn’t make too much difference in that respect, but the short race could come into play as that extra and last 100 metres is where he puts in his best.”

Citing Bachi Boy as the one to beat, Smith expects Innocent Fling to make her presence felt.

Winner of his last two starts before being sent for a spell, Bachi Boy will begin from the 10-metre line.

Innocent Fling, which has two wins from her last three outings, has drawn the front row.

“Bachi Boy can run a good last half mile so if he finds front he will be hard to run down,” Smith said. “Innocent Fling is also in good form and is a chance from the front.

“The Paigeboy will try his best but whether the task is too much we will find out.”