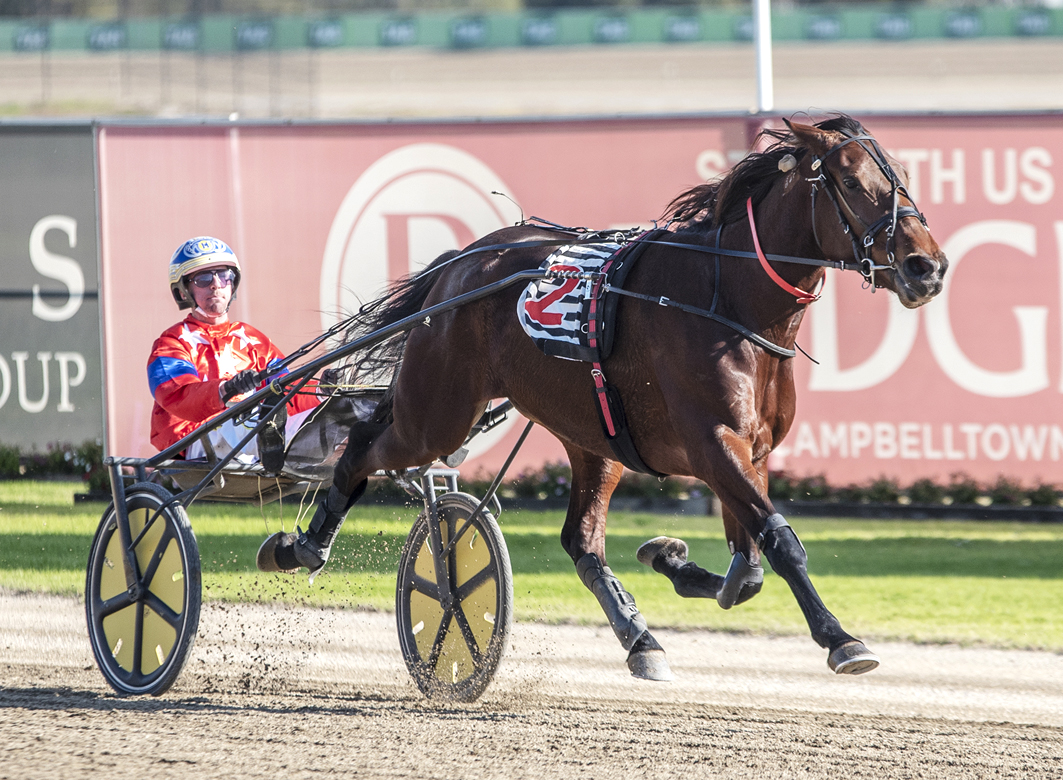 Winner of her last three starts, Aichbechateaunoir is stepping up in grade, which trainer Shane Sanderson believes could be “beyond” the trotter.

“She’s been in a good grade and doing well and I couldn’t be happier with the way she’s been going,” Sanderson said.

“It will get a lot harder now that she is moving up in grade and tomorrow will be a massive test.

“She is going to be up against open class horses, which may be beyond her at this stage.

“As far as fitness, track work and form are concerned she couldn’t be in better condition.”

Sanderson’s assessment is echoed by betting markets, which have Aichbechateaunoir at $67 from barrier two.

Despite being first-up from a break and drawing the outside of the front row, War Dan Destroyer is a $1.65 favourite, with none of his rivals under double figures.

“War Dan Destroyer has been racing against the best in the state, so he is certainly the one to beat,” Sanderson said.

“Aichbechateaunoir will be doing her best, which is all I can ask from her in this field.

“Moving forward, she will just continue to race on a Tuesday to see how she handles rise in grade.”