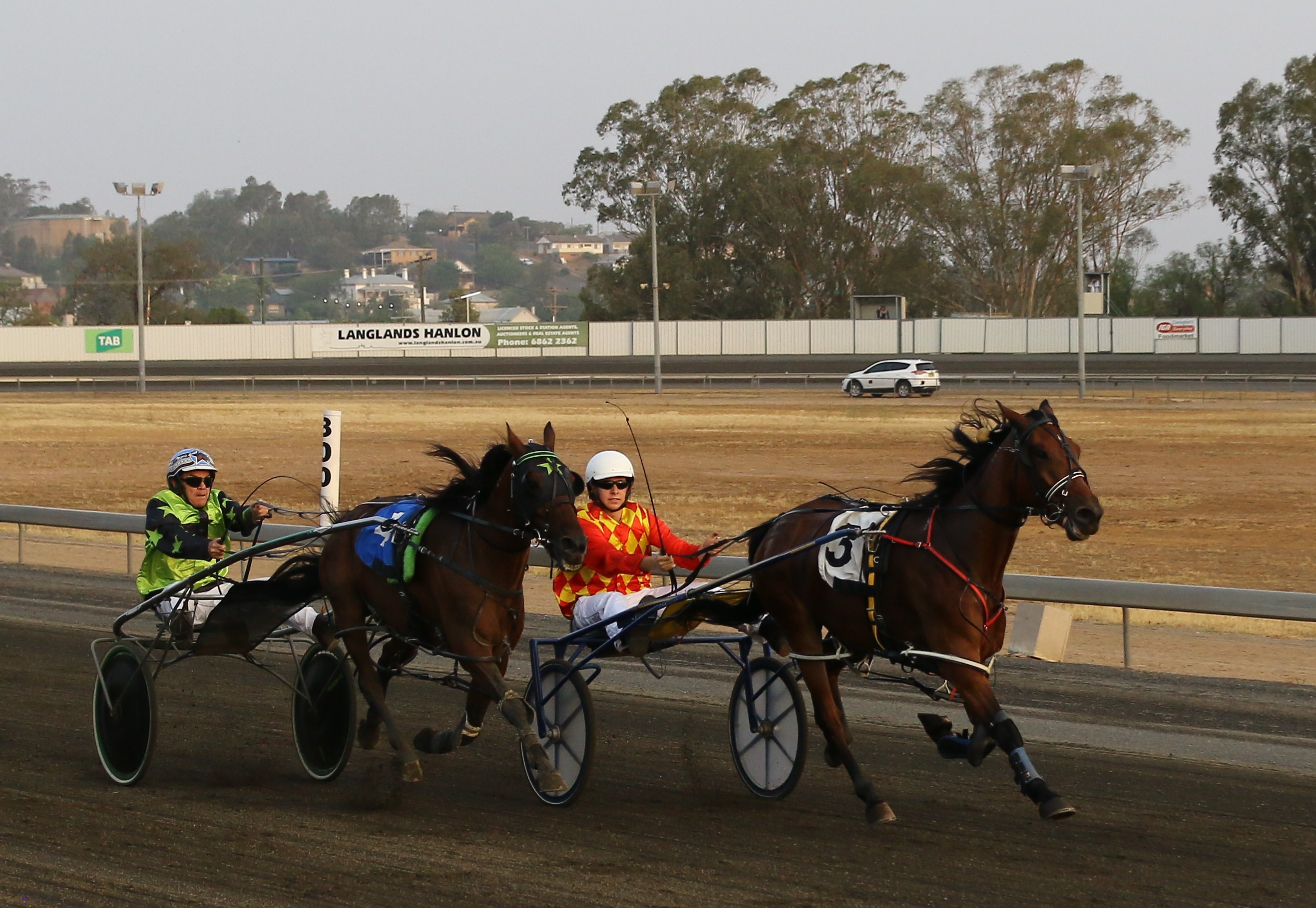 ‘Tuning up’ for a fine career

Caribbean Jack1 Medlyn1
ROOKIE reinsman Blake Medlyn knew if he could get the “mechanics” right with handy pacer Caribbean Jack, then the rest would fall into place....

ROOKIE reinsman Blake Medlyn knew if he could get the “mechanics” right with handy pacer Caribbean Jack, then the rest would fall into place.

The young mechanic followed his father Kevin’s instructions to the letter at Parkes this week to land his first winner, after a faultless drive.

“I thought we had a chance and maybe could even win,” said Blake.

“That was my fifth drive and yes, I was definitely surprised to land a winner so soon.

“He’s a good horse but I probably haven’t driven him the best lately. He definitely could have won a couple more times.

“We were drawn three but came out of two with the scratching.

“So we jumped straight to the lead and went all the way from there.”

Blake said he and his father were looking at Bathurst for Caribbean Jack’s next start.

“We’re working three horses at the moment,” he said.

“Hopefully a win luike this might lead to me getting a few more drives now. I’d love it if some outside stables offered a drive or two.

“At this stage my goal is to get a couple more winners – that would be terrific.

“And I love to get a job in a bigger stable.

“I live in Parkes but I’ve been working as a mechanic with my Dad in his service station in Parkes, Medlyn’s Auto Service.”

The 18-year-old said he was hoping Bernie Hewitt would be able to find some work around his busy stables just outside Bathurst for him.

Hewitt certainly got a good look at the young reinsman as he sat outside him aboard Cobbity Chic before fading in the run home to finish fifth.

And as he crossed the line what was on Blake’s mind? “Holy Cow, I’ve just won,” he grinned.

“I’d love to drive at Menangle one day and maybe land a winner there.

“We (trainer and father Kevin Medlyn) also have a filly that Mat Rue trains for us, Christiano Rose, which comes in and out of our stables but this horse, Caribbean Jack is probably the next best horse in the stables behind her.

“Hopefully I’ll talk Mat into letting me drive her in a race one day.”