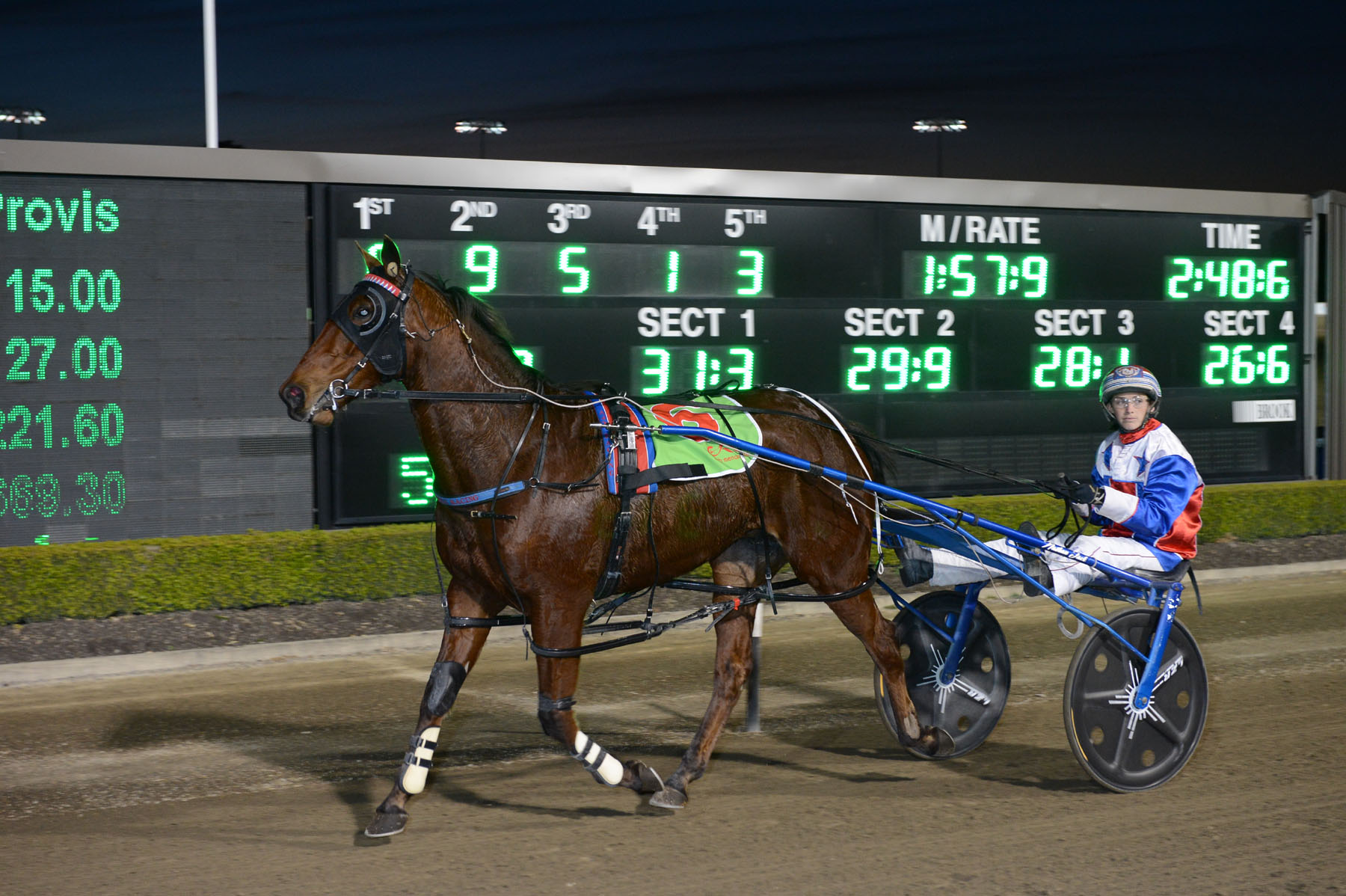 Turnbull turns it up

AMANDA Turnbull tightened her grip on the NSW Drivers’ Premiership when she drove two winners at Tabcorp @ Club Menangle on Saturday night.

Turnbull got off the mark in the second race with the $2.80 favourite Raksmach.

The four-year-old gelding finished five metres ahead of his nearest rival Kevin Pizzuto’s Packnplenty, during his 10th win from 46 starts.

Raksmach seemed to be stuck for a clear run approaching the final turn, but he produced a burst of speed to squeeze through alongside the pegs and charge home for a victory over the 2300m.

Turnbull notched her double with Written In Style ($11.00), a horse trained by her father Steve.

Turnbull got the peg run again with the five-year-old gelding, which held off KerryAnn Turner’s fast-finishing Fioki to win by a short half-head.

It was a welcome return to the winners’ circle as the horse had failed to win in his nine previous starts.

A son of Sportswriter, Written In Style has now won 10 of his 48 starts.

The victory was the veteran nine-year-old’s second consecutive win at the Menangle circuit and its 25th career win from 166 starts.

Trainor drove his double with Expressionist ($6.30) in the following race, the Group Three Claiming Shortage Pace.

Trained by Shane Sanderson, the seven-year-old was involved in a tight finish with several challengers but held on to win by a half-neck margin from runner-up Epaulette, with Ideal Warrior a further head behind in third place.

Expressionist has hit some good form, having won three of his previous four starts at the Menangle track.

Meantime, another notable run at the meeting included Presidentialsecret ($5.20) running the fastest time of the meeting in the opening race.

Trained by Cobbitty trainer Craig Cross and driven by Luke McCarthy, the six year-old ran a career-best time of 1:51.1 seconds.