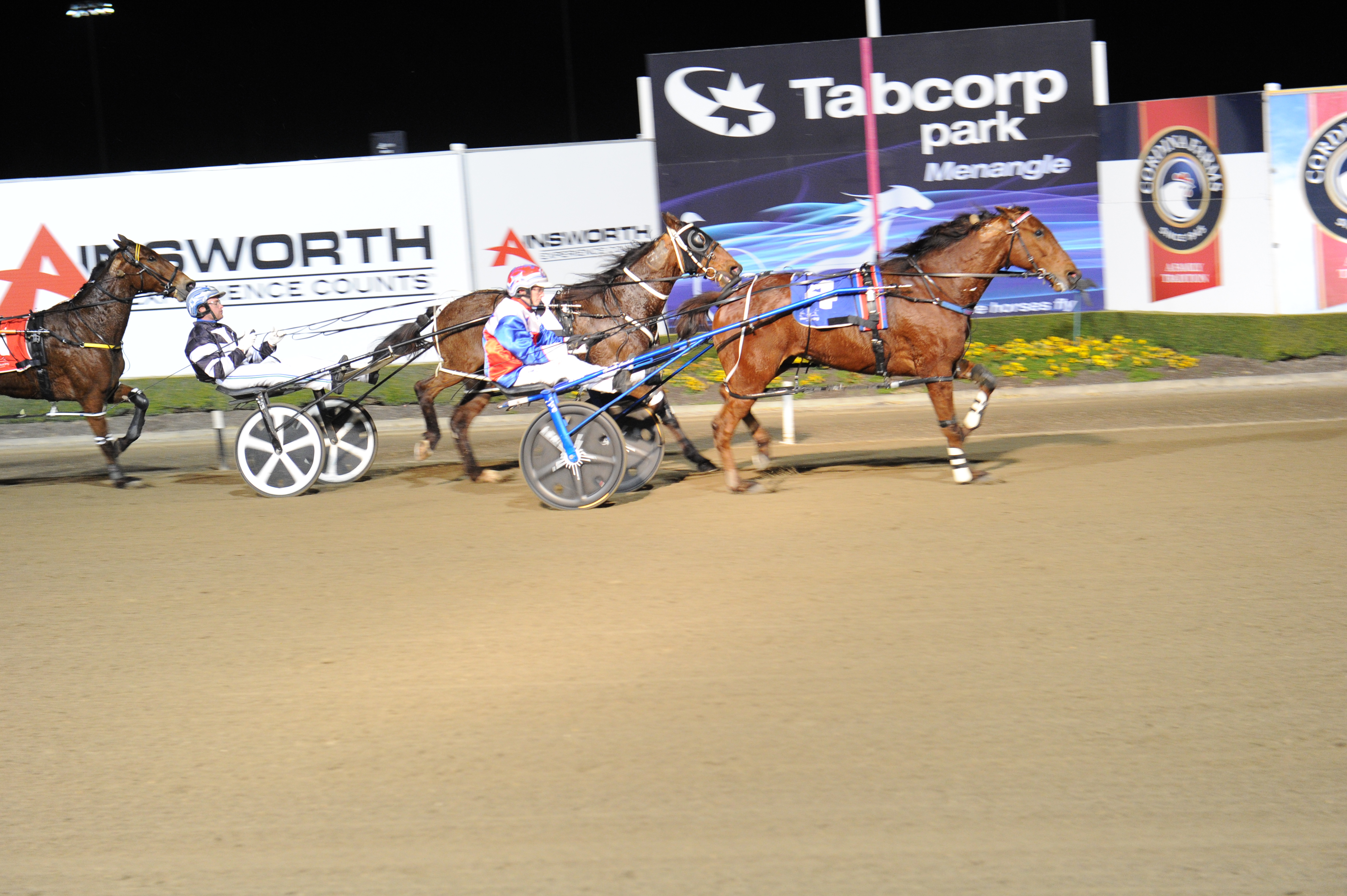 Leading driver Amanda Turnbull is on track to repeat last season’s feat of winning the NSW Drivers’ Premiership following her treble at Club Menangle on Saturday.

Turnbull is off to a flying start having driven six winners from 21 starts at the end of Saturday’s meeting.

She is leading the premiership ladder and is looking a good bet to top last season’s impressive tally of 187 winners.

Turnbull drove winners in three consecutive races on Saturday with $1.80 favourite Raksmach getting her off to a winning start.

The five-year-old gelding appeared to be trapped on the pegs approaching the final turn.

Once the field straightened out Raksmach got some breathing space and shot down the outside to rein in Godsend and relegate trainer Kevin Pizzuto’s runner to second place.

The victory was the six-year-old mare’s second consecutive win at the Menangle circuit.

It was a welcome return to the winners’ circle for Intransit whose previous win was 14 starts ago at Young.

Meantime, trainer Craig Cross and driver Luke McCarthy added another feature race to their long list when they teamed up with Galactic Star ($5.20).

A son of Bettors Delight, Galactic Star made his move challenge for the lead going down the back straight for the first time.

Racing over 2300 metres, McCarthy then dictated terms from the front with Galactic Star and raced away in the home straight to win by almost six metres.

Galactic Star is in fine form having won seven times in his nine previous starts.

The victory at Menangle was former western Australian pacer’s first race in NSW.