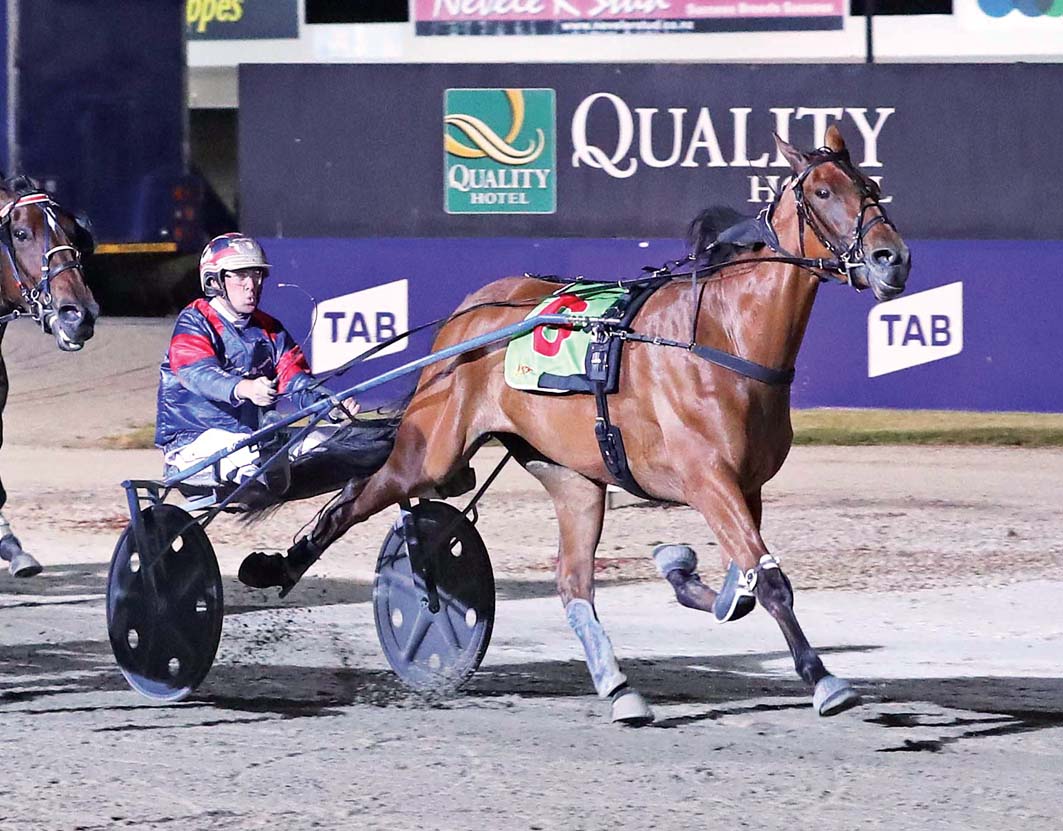 Triumphant as a freelance reinsman at Tabcorp Park Melton, Jack was also among the winners as a trainer in Young.

The daughter of Rock N Roll Heaven led throughout from barrier three as Taylors Reason and Conviction filled the placings.

In his home state Jack opened his account with the David Abrahams-prepared Fabrication, which worked to the lead before staving off a late challenge from Our Twentyten to win by a half-head, with Into The Unknown seven metres away third.

Beginning quickly to find the lead from barrier six, Amour De Frere was given a ‘breather’ during the middle stages before completing a metre-and-a-half win from Moonlight Dream, with Princess Mila six metres away third.

Rating 1:58.2 over 1720 metres, the daughter of Love You is unbeaten from three starts this season.

“She’s come back really well…I’m very happy with her,” Golino said. “She is a pretty smart type, which is much better this time in and doing everything right.

“She was never really a genuine two-year-old and probably shouldn’t have raced, but hindsight is a great thing.

“This time around she has matured a little and hasn’t stopped improving.”

To be given an easy week, Amour De Frere will then be aimed at the New South Wales Trotters’ Oaks and Derby in May.

“She will definitely head up to Sydney for the Oaks, and depending on how she goes in that, she may also run in the Derby,” Golino said.

“After that I’ll aim her at the Victoria Oaks and Derby, which will probably see her out for the season as she isn’t eligible for the Sires’ Stake.”