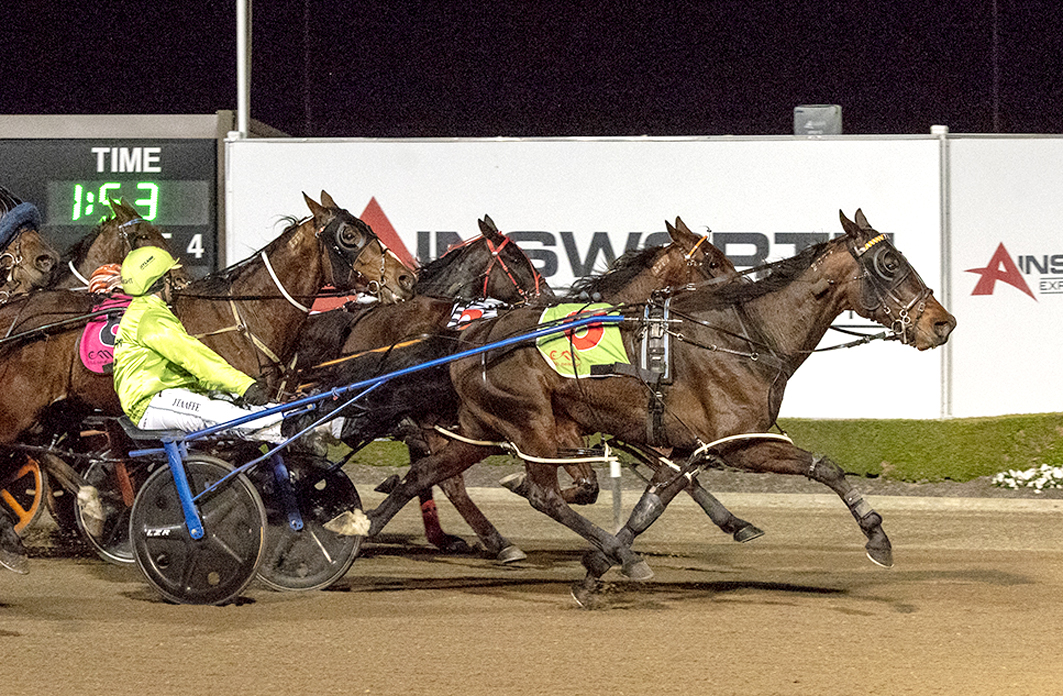 The son of former dour stayer Safari has had six starts around the 1400-metre circuit for two wins, three placings and a fourth.

“He’s a very nice horse,” Taaffe said. “He is getting up in grade now so it’s time to see if he can match it with the big boys.

“I do think he will get better as he hasn’t had many starts. Plus the harder they go the more he likes it.

“At this stage he looks to be a promising up and comer, but he’s got to take that next step.”

With Taaffe holding the reins, Tygar settled midfield from barrier six as Redbelly Jack led from the pole.

Angled three-wide at the top of the home straight, the gelding sprinted to stylish win as Dance For Glory and Shannonstheman filled the placings.

Co-owned by Taafe, Tygar covered the mile in 1:53.8, taking his record to 11 wins and nine placings from 30 starts.

“I was pretty confident with him before the race and even more so when Effronte galloped at the start,” Taaffe said.

“He was travelling well all the way along and I’m very happy with the way he found the line.

“I haven’t got anything specific in mind for him at this stage, just go through the grades and see what happens.”