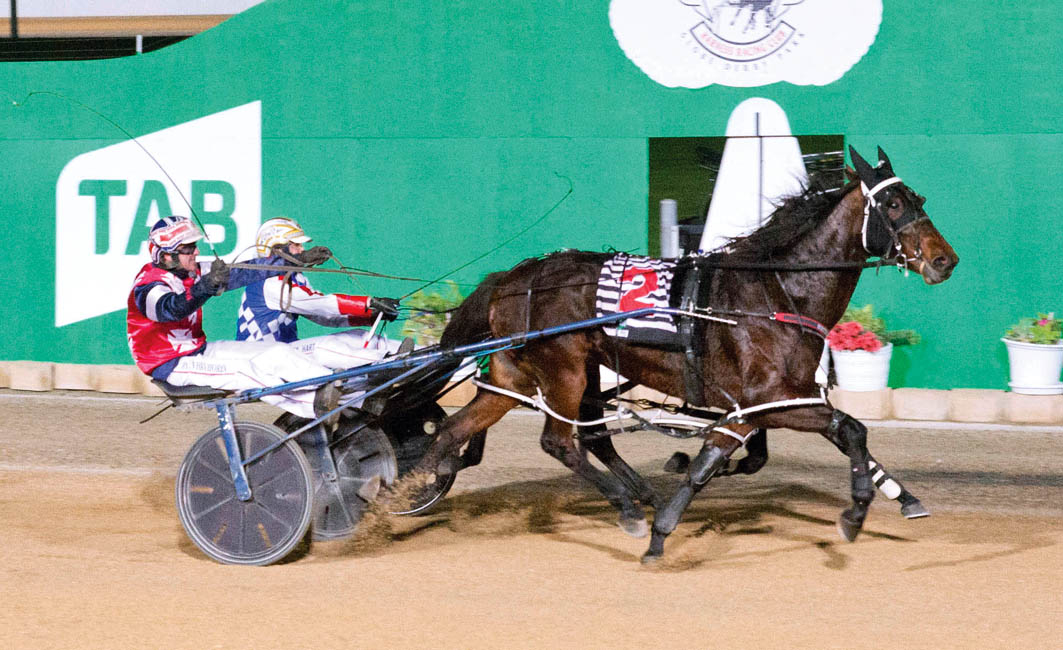 Unplanned purchase ready for Group One

LEADING horseman Ryan Hryhorec thanks the day he made a spur of the moment purchase.

Although he knew the family, having trained the youngster’s half-brother Doubledipofheaven, Hryhorec had no intention of buying the filly.

Then he noticed the yearling was “going cheap” and the rest is history.

“I didn’t go there to buy her,” Hryhorec said. “My wife (Kerri-Anne) and I were watching her go through the ring and I thought she was going cheap.

“The next thing I know the missus turns to me and points out we just bought her.

The $100,000 feature Hryhorec is looking forward to contesting is The Allwood at Globe Derby on Saturday night.

Racing as Justabitofheaven, the pacer earned her berth in the Group One by capturing the opening heat at the same venue last weekend.

“She was a bit lucky to strike the weaker heat, but we’ll certainly take it,” Hryhorec said. “Taking that into account, I’m more than happy with the job she did and she will be better for the run.

“Win, lose or draw though, she will go to the paddock after this.”

To Hryhorec’s dismay Justabitofheaven has drawn awkwardly in barrier four. She slots into three with the removal of the emergency.

“I’m shattered by the draw,” Hryhorec said. “She had the chance to draw one to four and had to get four!

“It’s a lot harder this week and she hasn’t drawn the best, so she will need her share of luck that’s for sure.”

Hryhorec also qualified Son Of Rayson, which finished third behind Pandering and Ammicchi in the second heat.

Like his stablemate, Son Of Rayson has fared poorly in the draw, with the son of Smiling Shard to begin from the back row.

“The barrier is a kick in the guts but he is still a good placing hope,” Hryhorec said. “He’s ready to run a bottler.

“He missed a bit of work before last week and will benefit from it.

The Sale and race series is the brainchild of enthusiast Dean Baring, with the working committee including Harness Racing SA chairman Gary Crocker, who will have personal interest in the event.

Trained by Justin Brewin, the son of Somebeachsomewhere finished third in Justabitofheaven’s heat.

Ready for title defence
Valla rein’s supreme in Group Two Final
So many reasons to be there…but here’s...
Aiming to prove she is a very rare mare
About author