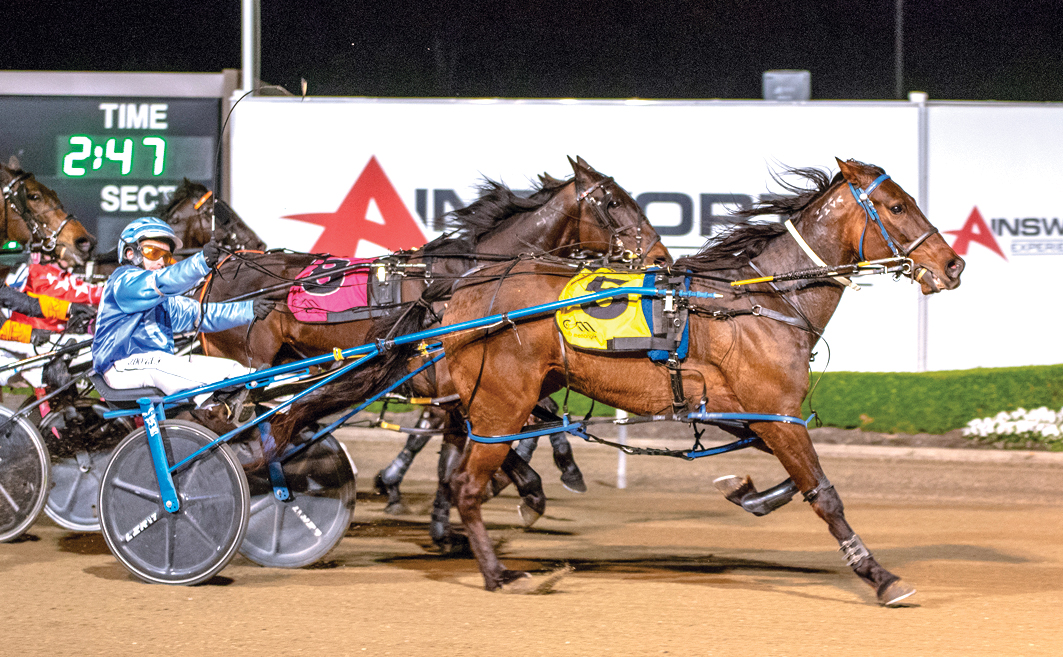 FANS of the little yellow muncher or the boxing legend, or even journalists with the same initials, should have full wallets after last night’s...

FANS of the little yellow muncher or the boxing legend, or even journalists with the same initials, should have full wallets after last night’s New South Wales meetings.

An instant phenomenon when released in 1980, Pac-Man was the must play game of a generation.

As for the pair’s connection to harness racing, Pacman Hammer and The Pacman completed upset wins in Newcastle and Menangle.

Driven by Ashley Hart for trainer Craig Cross, Pacman Hammer relegated the odds-on favourite, The Big Cheese, to second when successful around the provincial circuit at $5.50 on the tote.

Over at Tabcorp Park, The Pacman scored at the juicy odds of $17 for trainer Ian Wilson and driver Jim Douglass.

Settling towards the tail of the field from barrier five as Better Then Best set the pace, The Pacman was four-wide on the home turn.

Unleashing a scintillating sprint, the son of Christian Cullen strode to a metre-and-a-half win from Ballymore Boy, with Corbie Jolt a metre away third in 1:57.1 over 2300 metres.

“He has been getting better with each run since we’ve had him so I knew he was building up to the win,” Douglass said. “I was surprised he paid $17 and wouldn’t have been that long if I did the market, but I guess his form didn’t read as good as he is going.

“It took us a while to figure him out, but he is going really well know. There are no big plans for him, just aim for M0 and hope can poke through the grades.”

HOOFNOTE: As for the full wallet, PAC-man the journalist never backed either winner and will have to postpone retirement!