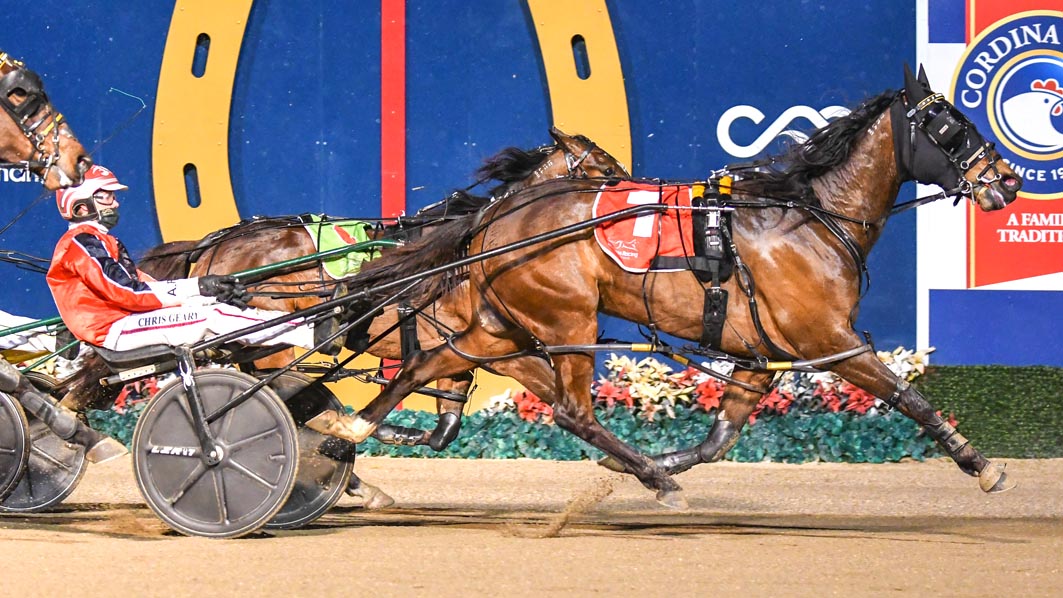 THERE was only one surprise from Lovin Miss Dixie’s victory at Club Menangle last night – her odds! Capturing the Pink Diamond Stakes for...

THERE was only one surprise from Lovin Miss Dixie’s victory at Club Menangle last night – her odds!

While the daughter of Heston Blue Cup caught punters off guard, her win was far from unexpected as far as McCall is concerned.

“She’s shown a lot on the training track, but just hasn’t really taken it to the races yet,” McCall said.

“I thought her run four days earlier when she finished third when second-up from a spell was solid and I knew she would improve from that.

“With a favourable draw and a bit more fitness on her side, I gave her a chance.”

Driven by star reinsman Chris Geary, Lovin Miss Dixie began quickly from the pole, but was unable to hold out Sioux Rainbow, which led from barrier six.

Enjoying the run of the race behind the pacemaker, Lovin Miss Dixie was angled away from the pegs halfway along the home straight before sprinting to a metre-and-a-half win from Sioux Rainbow.

Girl From Oz, a stablemate of the winner, was two metres away third.

Covering the mile in 1:55.4, the three-year-old took her record to two wins and three placings from 13 starts.

“She got the perfect run and was able to make the most of it,” McCall said. “I was also happy with Girl From Oz, which finished well for third.

“They’ve got the Breeders’ Challenge next, so I will put them in a heat and go from there.”

Gindi bounces back
Star youngster primed for title defence
Where are they now?
With a bit of luck we could have a good night
About author