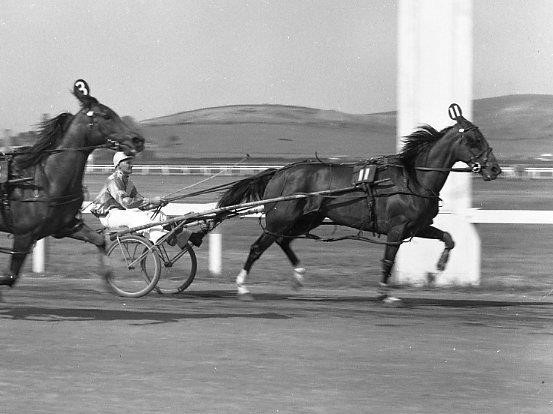 Barry Matterson scores with Close Up on the old Kembla trotting track.

Barry Matterson3
ONE of New South Wales’ most respected horseman Barry Matterson lost his battle with cancer last weekend, leaving a real hole in the light... 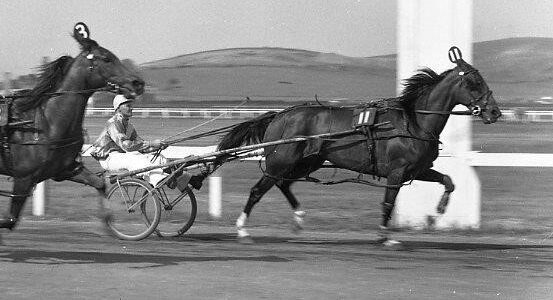 ONE of New South Wales’ most respected horseman Barry Matterson lost his battle with cancer last weekend, leaving a real hole in the light harness sport in the Hunter Valley.

Originally from Granville in Sydney’s inner west, Matterson based himself at Sawyers Gully later in life where he trained many winners.

Among them were horses like Remember Rodi, Rollon Bigred, Bettor Motoring, Surfers Paradise, Nippy Babe, Willie Morris and New York Fashion, along with so many others.

New York Fashion was named Newcastle Horse Of The Year in 2009 after claiming the Group 1 Breeders Challenge for three-year-old fillies as well as the Group 3 Gold Bracelet.

Barry always maintained Bellevue Lad was among the fastest horses he trained, winning a variety of races, including success at the old Parramatta Paceway.

While his health deteriorated in recent weeks, Barry fought bravely and showed all his customary strength and positivity.

“Indisputably a master horseman, Barry was one of the most astute men in harness racing and his knowledge was so often sought by fellow trainers, both young and old.

“Barry’s respect of and politeness towards others was exemplary.

“And his list of achievements was as lengthy as the number of outstanding horses he trained.”

Barry’s grandson Adam Ruggari, who has Mister Brazil among the 2021 Inter Dominion nominations, recently told the National Trotguide that “I have learnt everything I know from pop.”

To his family – daughter Kim, Greg, Kristy and Adam Ruggari and his many friends, National Trotguide on-line extends its’ condolences. 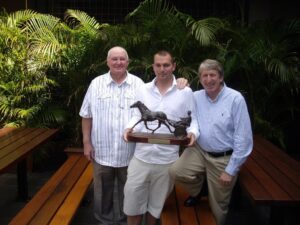 Semi-final spot would be fitting reward for this &...
We owe it all to Barry, says Ruggari
About author