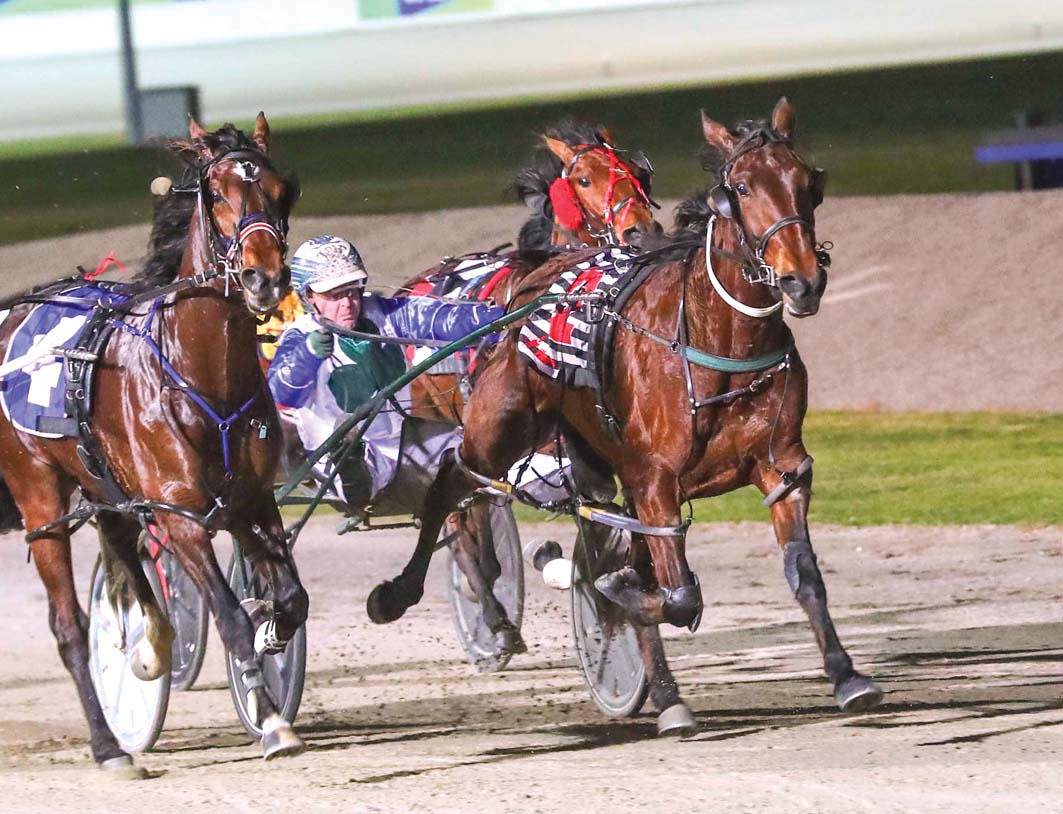 HANDY filly Valla Reine will be sent for a spell despite her victory at Tabcorp Park Melton tonight. Confident the youngster will be better...

HANDY filly Valla Reine will be sent for a spell despite her victory at Tabcorp Park Melton tonight.

Confident the youngster will be better as a three-year-old next season, trainer David Murphy has elected to send the daughter of Cam Fool to a paddock.

“She has done a top job, but isn’t a true two-year-old,” Murphy said. “After a good break and a bit more time to mature and grow into herself, she will come back better at three.

“Six months ago when she made her debut she struggled a bit and didn’t show a lot, but she has improved with a bit more time.

“I can’t see any reason why that won’t be the case next time in.”

With Murphy holding the reins, Valla Reine led throughout from barrier two to score by a short half-head from Cautivar, with Jilliby Macarena four metres away third.

“The Autumn Sale has worked out very well with her,” Murphy said. “She was only a cheapie and with her first win, which came with her Vicbred bonus, put her in front.

“Now she’s come away with the lion share of the prize money from the race series and proven to be a good buy.”