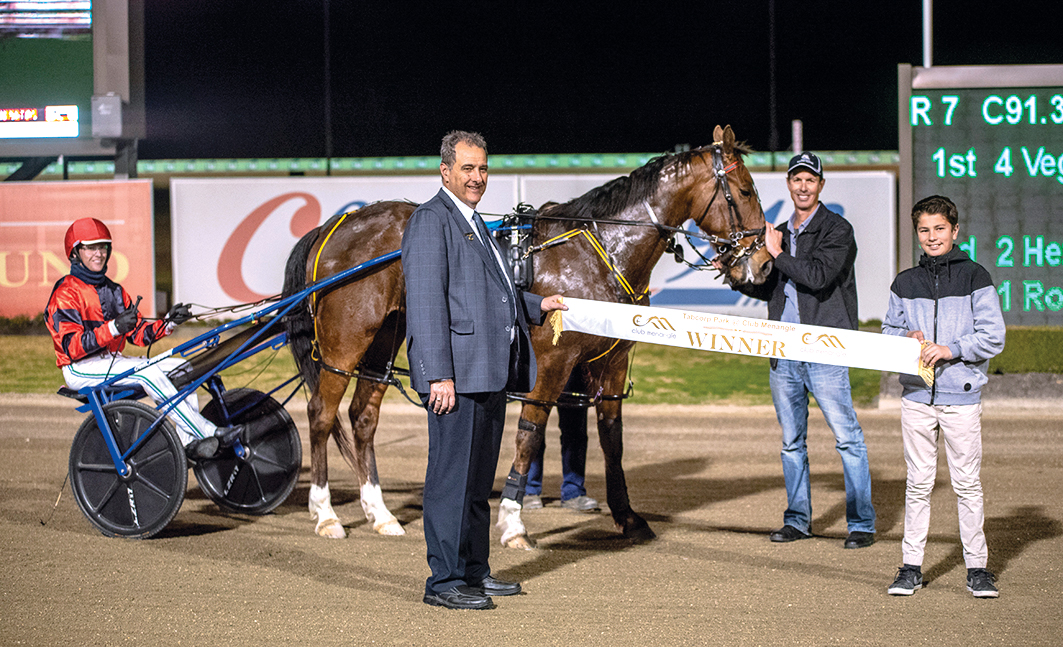 Winner of his last three starts, including his heat at the same track last weekend, Vega Star will begin from barrier two in the Dahua Group Final.

Premier reinsman Todd McCarthy is listed to drive the son of Real Desire.

“It’s a good draw for him,” Callaghan said. “He’s got good gate speed and will be going forward from there.

“He’s a nice horse which keeps improving, but he is stepping up in grade.

“I’ve been happy with his work this week and expect him to be pretty hard to beat.”

Citing Joes Star Of Mia as the main danger, Callaghan expects Heza Bromac to be a major improver.

Trained by Steve Turnbull, Joes Star Of Mia has drawn seven, with Heza Bromac – prepared by Turnbull’s daughter, Amanda – to come from eight.

“Joes Star Of Mia has raced against better company, including the Chariots Of Fire earlier this year,” Callaghan said. “He’s the one to beat.

“Heza Bromac has been runner-up at his two starts from a long break and is bound to improve.”

Following this weekend’s appearance Vega Star will continue to make his way through the grades as Callaghan searches for suitable targets.

“He’s done really well since we’ve had him,” Callaghan said. “I’ve given him about 20 starts and he’s won 14 so you can’t ask for much more than that

“I’ve got nothing set out for him, just see he how he can handle Menangle on Saturday night and go from there.”