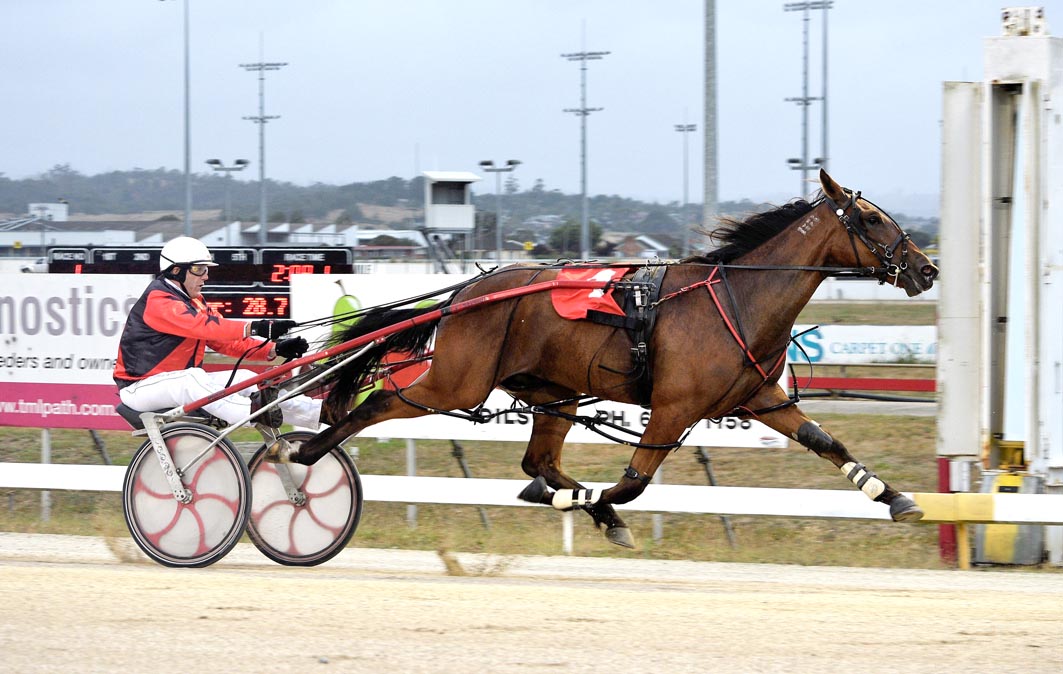 TASMANIAN trainer Kent Rattray experienced the highs and lows of harness racing yesterday. Breaking-in a youngster at his Lietinna property, Rattray was tipped from...

Breaking-in a youngster at his Lietinna property, Rattray was tipped from the sulky, which resulted in two broken ribs.

“It was just one of those things in training that comes with young horses,” Rattray said. “I’ve ended up with a couple of broken ribs, so I will be out of action for a while.

“Luckily it’s the start of the school holidays here and Georgia Hayward is here to help me. She’s in the process of getting her driver’s licence and has done a few trials.”

Later in the evening Rattray gained some pain relief when Ideal Karalta and Sunny Sanz were successful in Launceston.

Driven by John Walters, Ideal Karalta led throughout from barrier three to capture the opening event on the card.

The three-year-old rated 2:01.7 over 2200 metres to account for Keep Playing and Beam Me Up Chopper.

“It was terrific to see him win,” Rattray said. “He’s had injury after injury, but hopefully I’ve got him right now and he can keep going.

“He is just one of those horses that if something can go wrong it will.”

Rattray then bookended the program when Sunny Sanz maintained his perfect record from three starts.

Also driven by Walters, the son of Sportswriter raced in the ‘death seat’ before scoring by 22 metres from Rowley, with Jackson Neptune three-and-a-half metres away third.

“Getting a pair of winners definitely helped eased the pain and made life feel a little better,” Rattray said. “It was actually Sunny Sanz’s younger brother which tipped me out.

“Sunny Sanz is a lovely horse which should win a few more this season.”