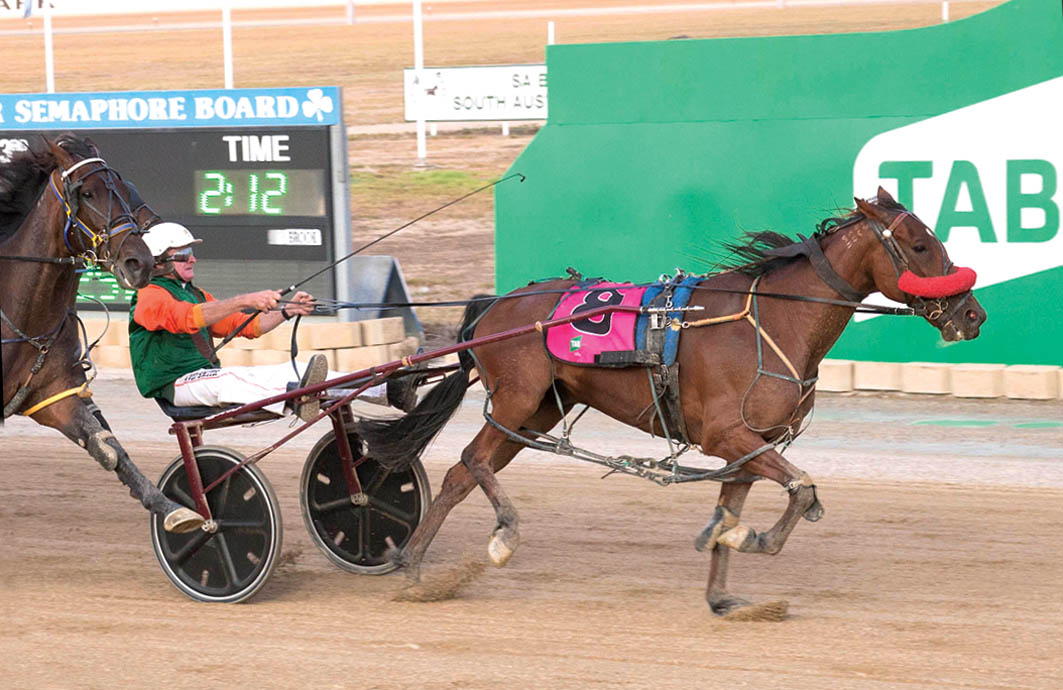 Veterans out to continue hot streak

A PAIR of veterans will be out to continue their hot streak at Globe Derby tomorrow night. Engaged in the opening event on the...

A PAIR of veterans will be out to continue their hot streak at Globe Derby tomorrow night.

Engaged in the opening event on the card, John Stewart and Stones Corner are looking to extend their streak to five.

With wins at his last four starts, it is the first time the 10-year-old gelding – a veteran of 216 appearances – has completed successive victories.

The son of P Forty Seven came close with two wins from three outings between December 2015 and January 2016!

Before starting his sequence last month, Stones Corner had been absent from the winners’ circle since October 2017.

“He’s flying at the moment,” the 77-year-old trainer said. “I’ve got no idea why…he just seems to have hit a purple patch.

“I didn’t know if he would ever win another race a couple of months ago and now he’s won four in a row.

“Winning one was great, two was better, three was fantastic and four was unbelievable. We’re a very happy camp at the moment.”

To be driven by David Smith, Stones Corner has drawn barrier four, with his main danger – Lochinvar Hugo – to come from gate two.

Stewart is also weary of the Les Harding-trained pair The Dali Express and Crystal Sparkles.

The Dali Express will begin from the outside of the front row, with Crystal Sparkles drawn the second line.

“Lochinvar Hugo is in great form and is an up-and-comer,” Stewart said. “He is the one to beat.

“The Dali Express and Crystal Sparkles both go well and Les will have them in good shape.

“Stones Corner is a sit-sprinter so he always relies on luck, but David has been driving him a treat and timing his runs brilliantly.”