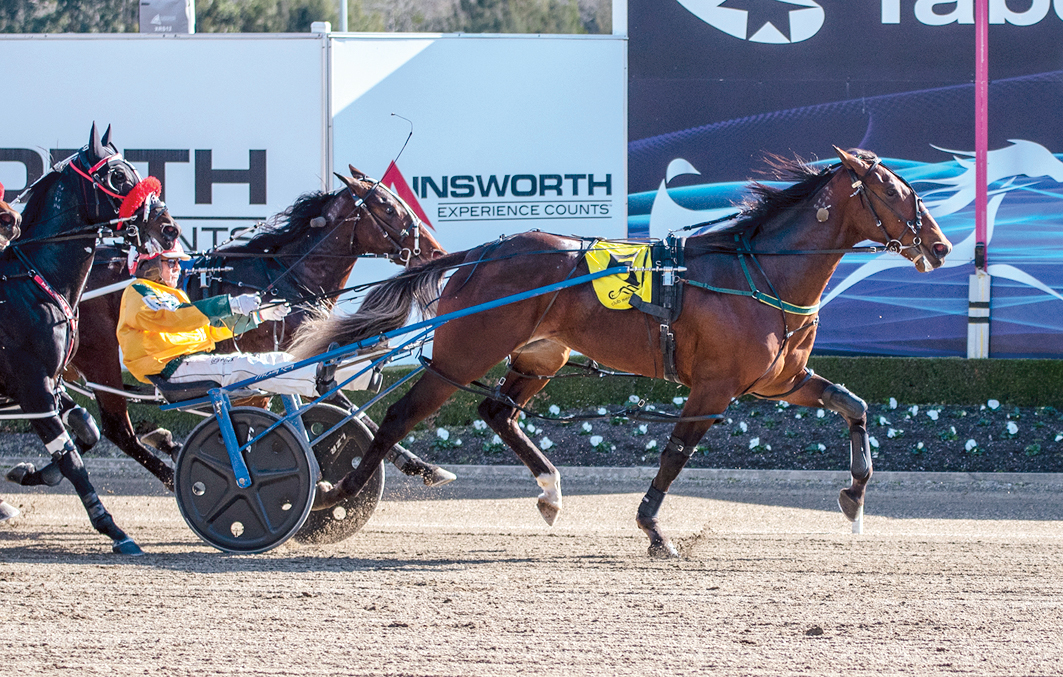 FRESH from her extraordinary night at Melton on Friday, Emma Stewart has capped off her stellar weekend with a Group One triumph at Tabcorp...

FRESH from her extraordinary night at Melton on Friday, Emma Stewart has capped off her stellar weekend with a Group One triumph at Tabcorp Park Menangle this afternoon.

Just to recap, Stewart won eight of the 12 Vicbred Super Series semi-finals to become the first trainer to win more than five races on a Victorian metropolitan card.

Before her incredible performance Stewart was one of eight ‘quintet trainers’, with T Butterworth the first to achieve the feat at Ascot on May 26, 1941.

Driven by Chris Alford, the colt led throughout the Alabar-sponsored feature to account for Lochinvar Art and Muscle Factory in 1:51.6 over the mile.

“It’s been a surreal 48 hours,” Stewart said. “Hardhitter has been doing a great job since debut and it is terrific to see him rewarded with a big race.”

An Australian Pacing Gold purchase, the son of Mach Three stretched his record to four wins and a second for his large group of owners.

To be given a short break upon return to Stewart’s Victorian base, Hardhitter will then be primed for the Breeders’ Crown in August.