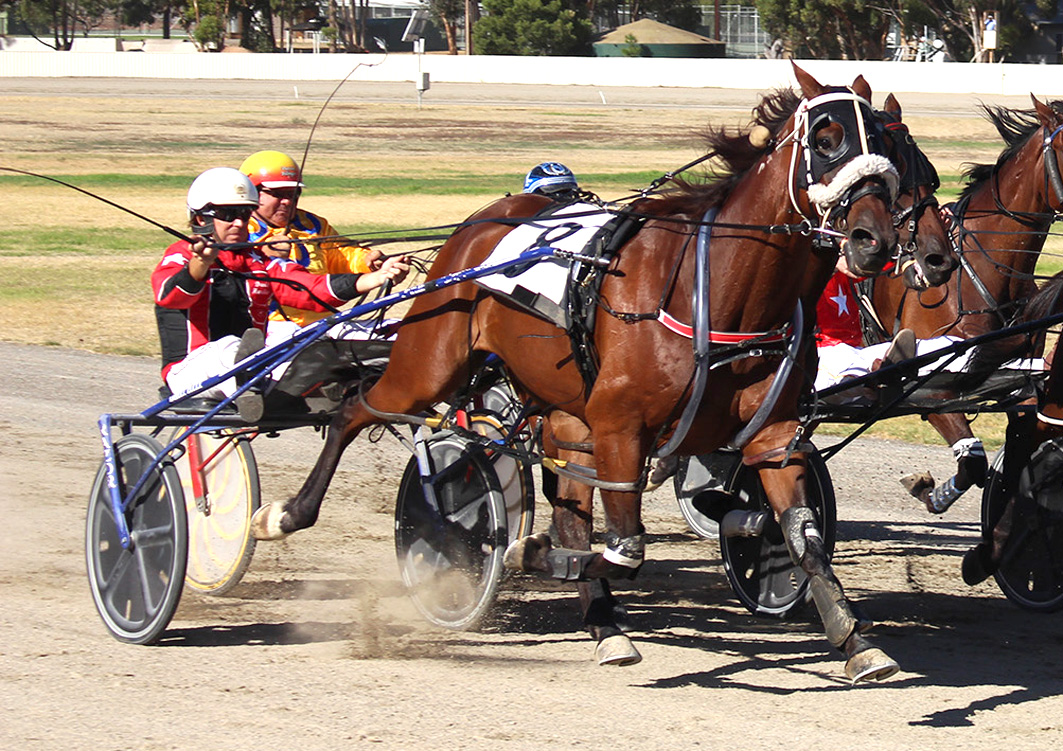 HANDY performer Condrieu faces a daunting task in his bid to maintain a perfect South Australian record. A recent addition to the David Harding...

A recent addition to the David Harding stable, Condrieu made a successful debut for the top horseman when triumphant in the Kapunda Cup a fortnight ago.

This time around the exceptionally-bred gelding will contest the Port Pirie Cup, where he will begin from the middle of the second row.

“The draw has made it pretty tough for him,” Harding said. “I couldn’t have been happier with his first run and he has trained on well since, but the draw hasn’t done him any favours.

“There is normally a pretty solid speed in these kinds of events, so hopefully it will be the case again and he can get a clear run into it.”

When looking for an obvious danger to the son of former top mare Oaxaca Lass, Harding didn’t have to search far.

Harding’s father, Les, has two runners in the feature, with Our Jericho considered the one to beat.

Our Jericho, which has drawn the outside of front line, boasts three wins and a second from five local starts.

The son of Tomahawk will be driven by Harding’s partner, Dani Hill.

Les will also be represented by Bettor Party, which will come from barrier 10 with Ken Rogers in the cart.

“Our Jericho is in top form and is the one to beat,” Harding said. “Condrieu only beat Bettor Party by a half-neck at Kapunda, so there is not a lot between them.”