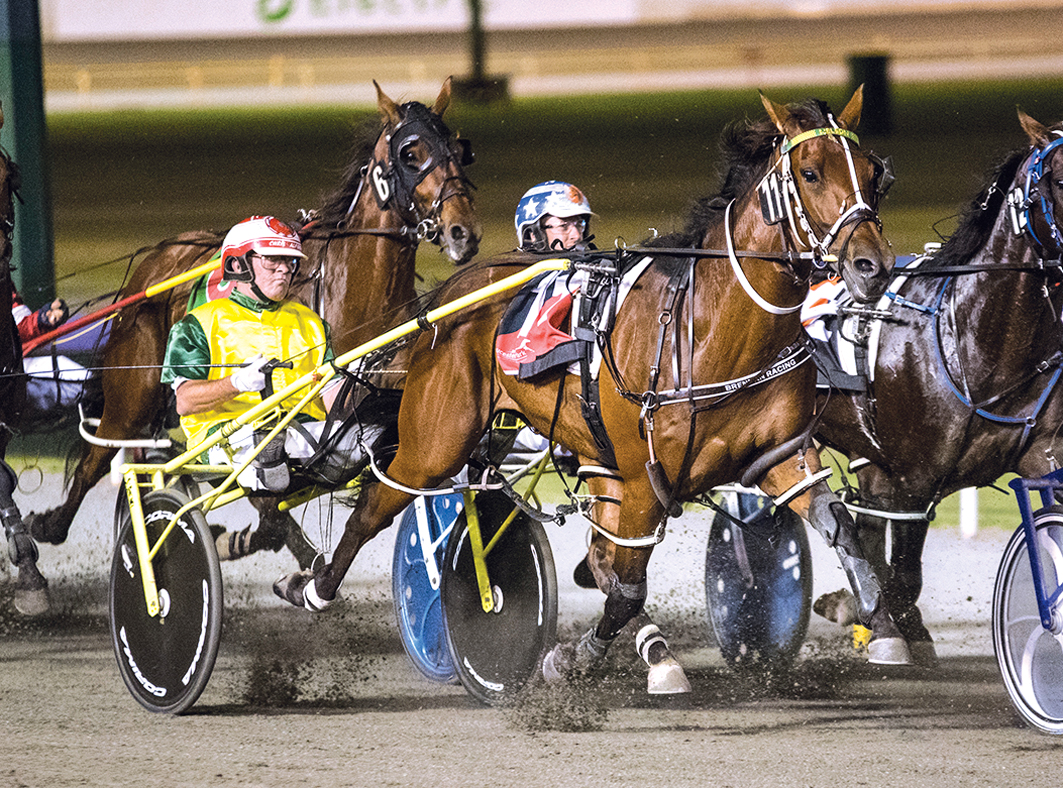 A PAIR of visitors’ draws have dented trainer Michael Brennan’s confidence ahead of the weekend’s racing. Making the long trip from Western Australia with...

A PAIR of visitors’ draws have dented trainer Michael Brennan’s confidence ahead of the weekend’s racing.

Making the long trip from Western Australia with two promising pacers, Brennan was disappointed to lean both have drawn the outside of the front row.

Im Rockaria will begin from barrier seven at Tabcorp Park Melton on Friday night, with The Embezzler receiving the same gate at Bendigo the following evening.

Ironically, the favourites in both races hail from the Emma Stewart stable and have drawn barrier three.

“The draws have certainly taken a bit of the wind out of my sail,” Brennan said. “It’s a tough draw for both of them, but hopefully we’ll get better ones next week.”

Aimed at the Breeders’ Crown Four-Year-Old Championship on August 25, Im Rockaria will have a lead-up start in the Minuteman Free-For-All.

Winner of his last three home state outings, the Australian Pacing Gold purchase is in peak condition for the feature.

Despite being first-up since his Group Two win last April, Shadow Sax is the early favourite for Stewart.

“Im Rockaria is flying at the moment,” Brennan said. “He is a very nice horse otherwise he wouldn’t be here.

“Friday night is going to be pretty tough, but the run will also keep him at his best before the Breeders’ Crown race in just under a fortnight.”

Also successful before leaving the west, The Embezzler will contest a Breeders’ Crown semi for two-year-old colts and geldings.

Dual Group One winner Centenario is the one to beat from three, with New Zealand raider, Im Anothermasterpiece, vying for favouritism despite his second row draw.

“The Embezzler is going really well,” Brennan said. “He beat the older horses before we came over and is in top shape.

“He’s got a tough draw against a strong field, and although we’d love to see him win, the main objective is to get through to the Final and then hope the breaks go our way.”