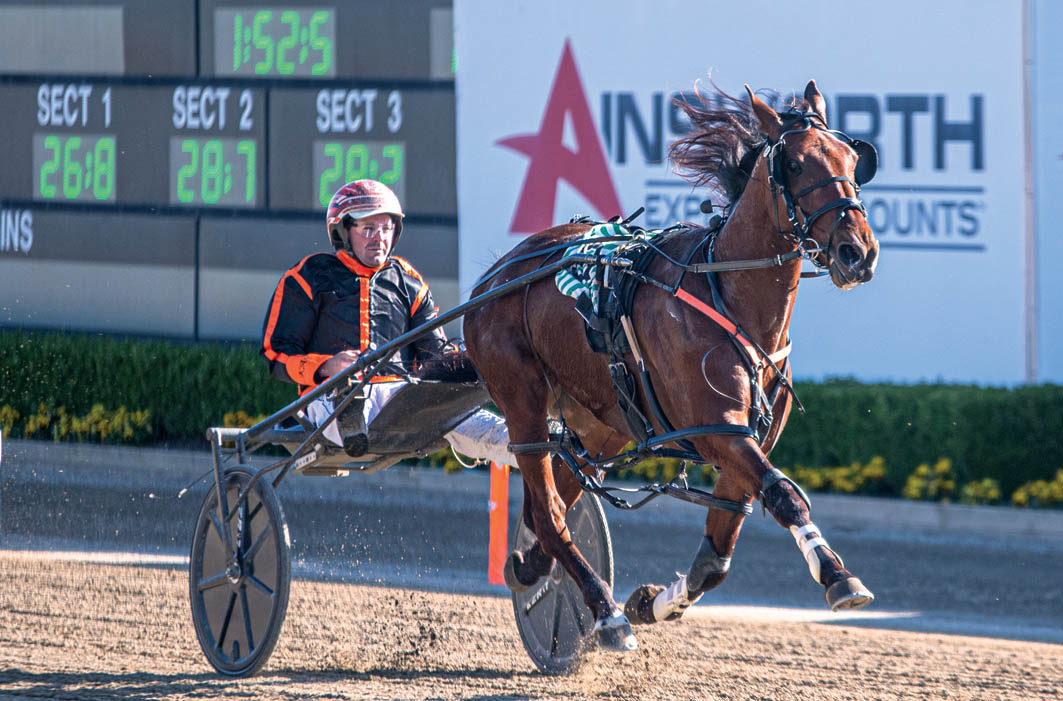 Waltz in the Park for Dance?

IT WON’T exactly be a nice waltz in the park – Tabcorp Park Menangle to be precise – but Dance For Glory is in a...

IT WON’T exactly be a nice waltz in the park – Tabcorp Park Menangle to be precise – but Dance For Glory is in a strong position to complete a hat-trick on Saturday night.

Winner of his last two starts, both at the world class venue, Dance For Glory is engaged in the opening event on the card for trainer KerryAnn Morris.

To Morris’ delight the son of Artsplace has drawn to settle prominently in barrier two.

“He is racing really well and has been working a treat,” Morris said. “He never does more than he has to, but prefers to turn it into a staying race as he lacks that little bit of speed.

“He has been in the breeze for his last two runs, which were over a mile and 2300 metres, and is better suited when the race is run at an even tempo.

“It’s a good draw for him this weekend as he goes back to a mile.

“He certainly gets his chance to complete the hat-trick from there.”

Morris will also be represented by Brocks Territory which has drawn the pole.

Racing in consistent fashion with a win and two seconds from his last four starts, Brocks Territory is also ready to play a role in the finish according to Morris.

“Brocks has the speed to lead which puts him right into it,” Morris said. “He’s also racing quite well and been working just as good.

“I haven’t had a good look at the field yet, but I’m confident in saying they will both give good accounts of themselves.”