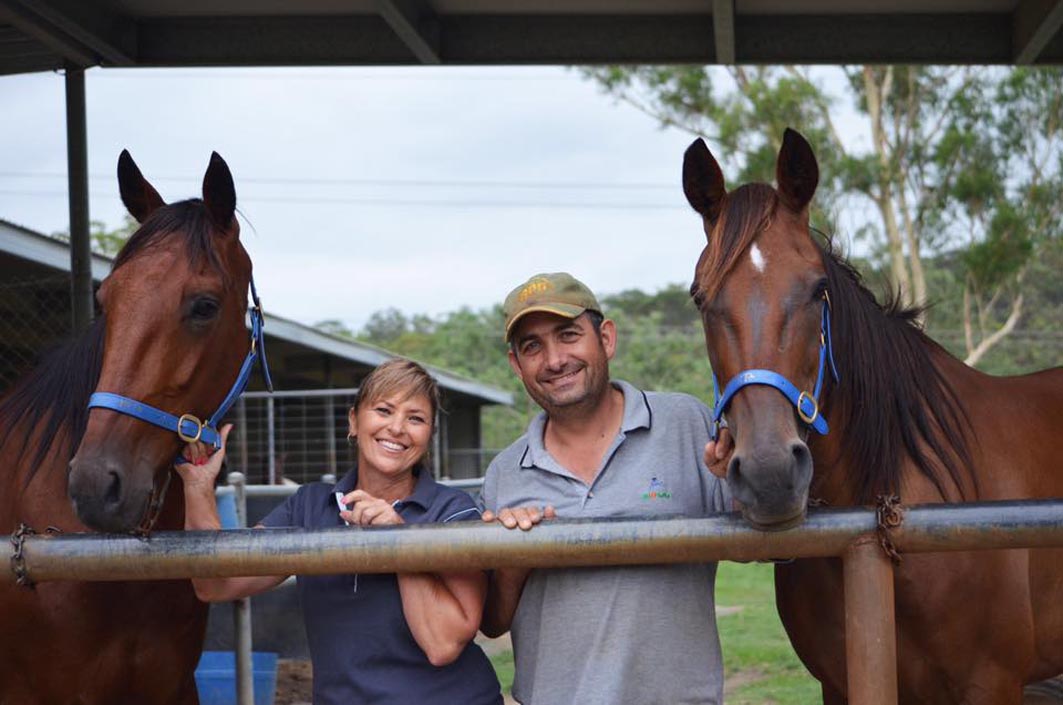 CO-TRAINER Joe Rando had a word of warning for other trotting stables after yesterday’s Jill McGrath Australian Franco Trotters Cup at Club Menangle.

The seven-year-old gelding, with premier reinsman Todd McCarthy in the bike, had just made a field of the best local trotters look almost second-rate, scoring a stunning 11-and-a-half metre victory over Iona Grinner (Jason Grimson),with Our Twentyten five metres further back in third place in the Group Two.

While a big field of 16 runners contested the race, it’s fair to say the Joe and Mary Rando stable monopolised proceedings with five runners.

And while that might have made it difficult to find drivers for Rando, he wasted no time signing up the best available.

“I actually gave my two stable drivers Chris Geary and Davis Morris first choice and told them to work out which ones they wanted to drive,” Joe said.

“So when they came back and Chris chose Sunset Tour and David picked Rompers Monarchy that made it a bit easier because Cameron Hart normally drives Mighty Sunny as well, so that left just two.

“I really thought Todd McCarthy would suit Kowhai Monarch because he is such a great front-running driver while Amanda Turnbull also seemed the right fit for Amandas Spur as well . . . and not just because of the name.”

McCarthy did the rest, quickly assuming control of the race and after a 30.3 first split of the mile, kept them running along with splits of 29.9, 28.6, 28.6 to win easily as his rivals chased in vain.

Rando said Rompers Monarchy and Kowhai Monarch would certainly continue their preparations towards the Inter Dominion in Melbourne in December while he would make a decision on the others in the next day or so.

“I knew when Kowhai Monarch found the front they would have a hard time getting past him – and so it proved,” Rando said.

“About 12 months ago this horse began to show me how good he was – now he’s starting to prove it.”