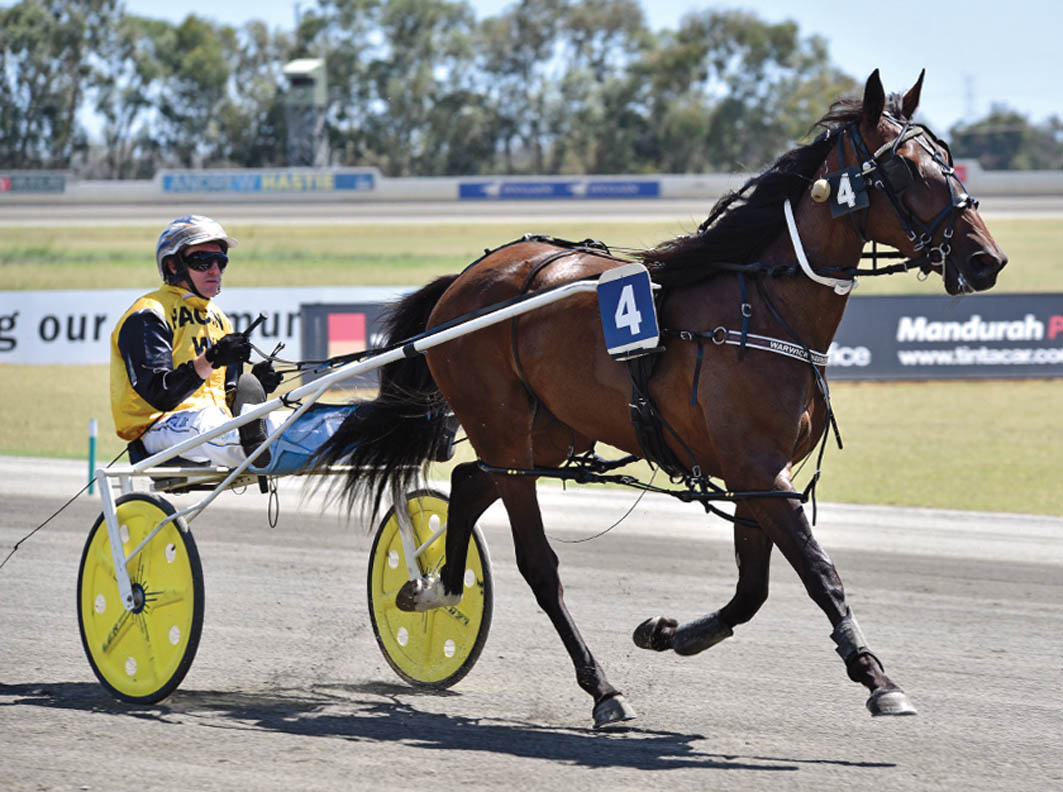 FOLLOWING their successful debuts at Pinjarra yesterday, Cap In Hand and Hong Kong Dolly have been aimed at the Australian Pacing Gold Sales Classic....

FOLLOWING their successful debuts at Pinjarra yesterday, Cap In Hand and Hong Kong Dolly have been aimed at the Australian Pacing Gold Sales Classic.

Prepared by Kat Warwick, the fillies captured the two opening events on the card in what was close to a perfect result for the astute horsewoman.

“With the exception of a dead-heat in the first race, it was the perfect day,” Warwick said. “Three fillies making their debut for two winners and a quinella is terrific.”

Driven by Gary Hall junior, Cap In Hand led throughout from barrier six to score by six metres, with Faire La Fete two metres away third.

The daughter of Auckland Reactor rated 1:59.7 over 1684 metres, with her time 1.3 seconds slower than Hong Kong Dolly.

Also partnered by Junior, the daughter of Betterthancheddar worked overtime in the ‘death seat’ before accounting for Has No Fear and Bettor Captured.

“I’m very pleased with each of them,” Warwick said. “They did very well for their first run.

“All three were bought at the Perth APG Sale and will head to the Sales Classic heats now.”

Qualifiers for the rich series are scheduled to be conducted at Gloucester Park in a fortnight, with the Group One Final to be decided on March 2.