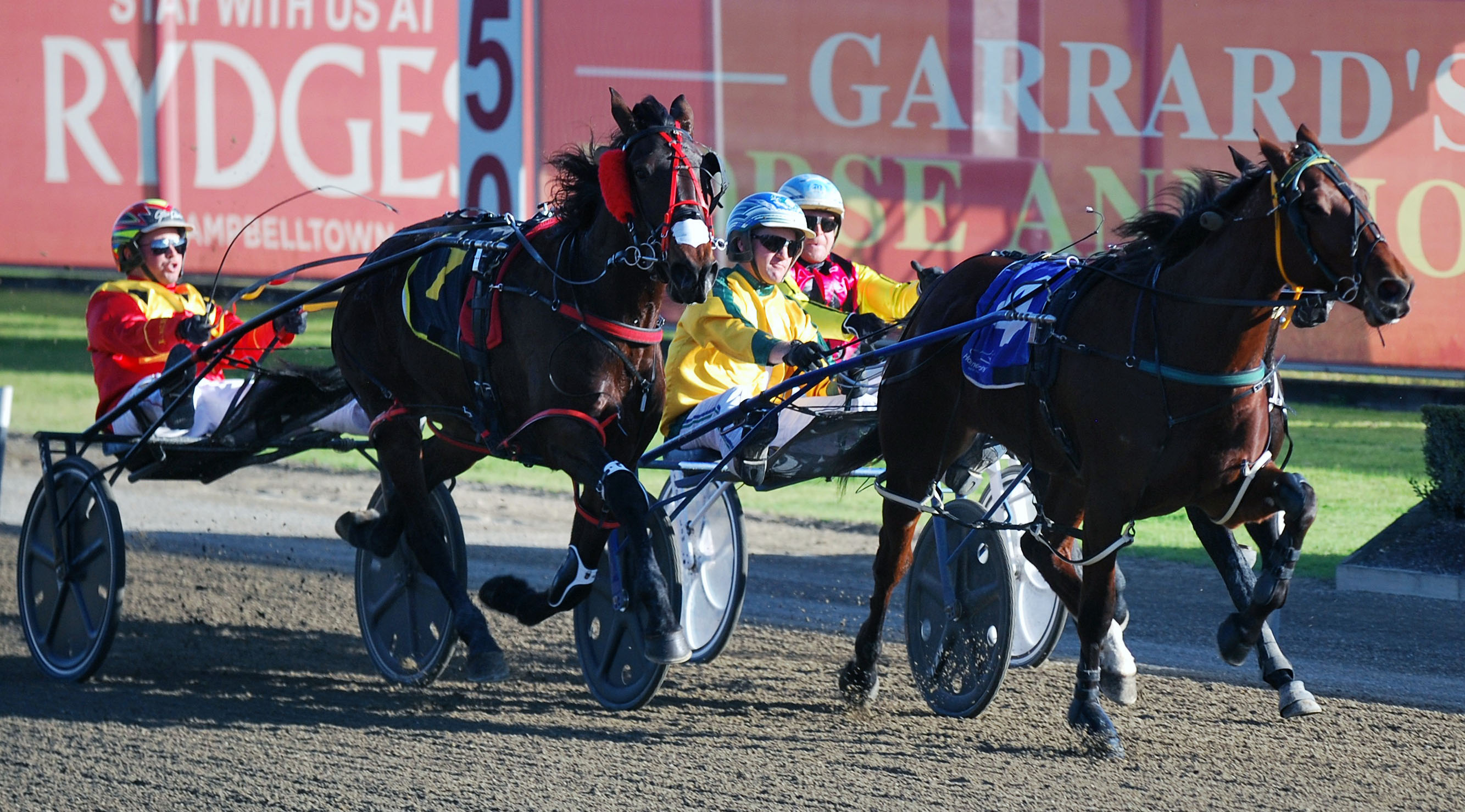 Molly Kelly1 Tabcorp Park Melton20 Tatlow Stakes1 Wagga7
There’s another ‘Nostra’ waiting for a crack at you SHE conquered Sydney and now the Wagga-owned Molly Kelly is ready to show the Victorians...

There’s another ‘Nostra’ waiting for a crack at you

SHE conquered Sydney and now the Wagga-owned Molly Kelly is ready to show the Victorians just how much she’s improved by taking out Saturday night’s $50,000 Tatlow Stake at Tabcorp Park Melton.

There’s just one major hurdle standing in her way . . . and she lives right next door . . . the unbeaten Nostra Villa.

And Molly Kelly, the beautifully-bred sister to Frith must be thinking if there’s not one ‘Nostra;’ standing in her way, then its another one.

With six wins from seven starts, the only chink in Molly Kelly’s armour was when she was beaten by Nostra Beach at Melton in the APG fillies’ final in May.

It’s probably fair to say Molly Kelly has learned a lot more about racing since then and will again have the better of the draw on Saturday night when she comes from gate four, while its another ‘Nostra’ hurdle, Nostra Villa this time, who has to contend with a second-row draw.

And the truth is premier trainer Emma Stewart admits she has trouble splitting them. 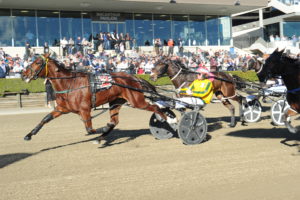 A POINT TO PROVE: Molly Kelly pictured scoring in the Breeders Challenge at Menangle is getting better every time she races.

“There is very little between them and it really will come down to which gets the better run and luck,” Stewart said.

“That luck has gone Molly Kelly’s way with the draw, but luck on the night to get the right run will be the deciding factor.

“Nostra Villa has her work cut out for her from there, but she’s proven she is a quality filly.”

Stewart also has Scarlet Brew engaged in the Group Two, with the daughter of Art Major to begin from three.

“She’s a handy filly and has the draw to put her in the mix,” Stewart said.

Like her recent dominance of the Vicbred Super Series, Stewart is favoured to register a Tatlow double, with Poster Boy a prohibitive favourite in the colts’ and geldings’ division.

A luckless sixth upon debut, the son of Somebeachsomewhere has won his five subsequent starts in devastating fashion, including a clean sweep of the Vicbred.

Poster Boy has been so impressive, wide-spread praise has him hoisted as Australia’s best freshman.

Despite drawing the outside of the front row, Poster Boy is a $1.10 hot shot.

“He has had a nice easy time after the Vicbred and is feeling terrific,” Stewart said.

“He’s been working well and will be hard to beat.

“He is a very nice colt which is getting better all the time.”

Along with her local runners, Stewart has a strong team competing in the Southern Cross heats at Globe Derby.

Our Celebrity and Perfect Look – which are close relatives – are the pair to beat in the three-year-old division, with the former looking to successfully defend her title.

Should Our Celebrity claim consecutive Finals, she will join family members Beauty Secret and Rocknroll Magic as dual winners.

Punch Line and Lovelist, which hail from the same clan, secured the two-year-old divisions in 2014 and 2015.

Draw favours local filly
Preview: Melton August 12
Dual hemisphere wins for Chevy
Is history about to be made?
About author