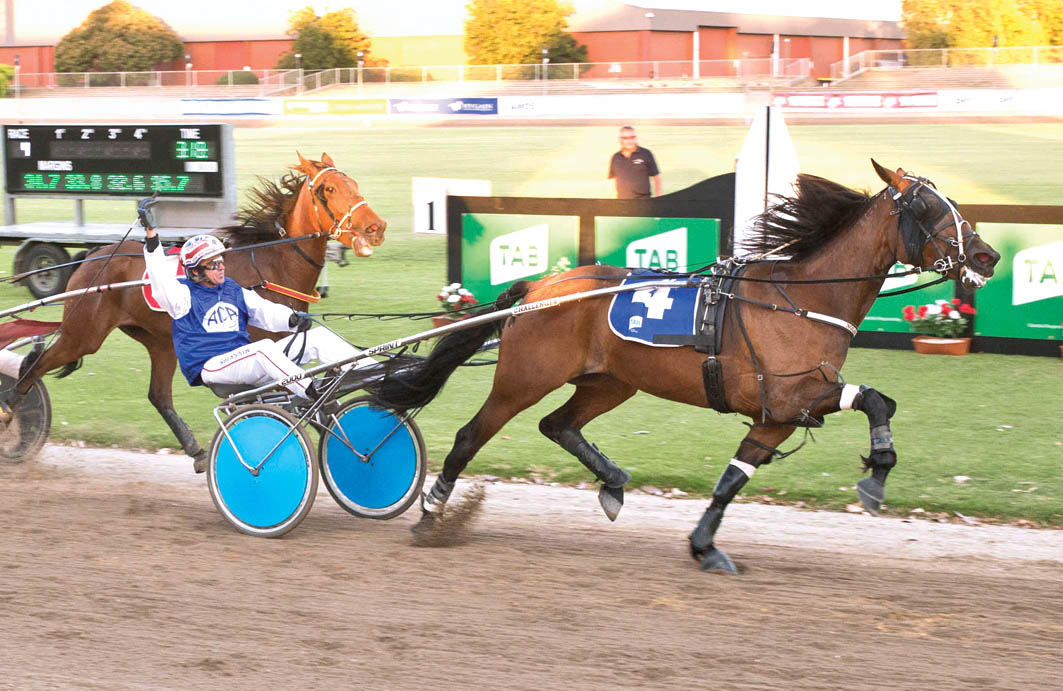 Wave of the whip sums up electric atmosphere

MULTIPLE premiership winner Lance Justice warmed the crowd up, but it was a moment from Ryan Hryhorec which summed up the atmosphere. Justice was...

MULTIPLE premiership winner Lance Justice warmed the crowd up, but it was a moment from Ryan Hryhorec which summed up the atmosphere.

Justice was the early star during last Friday night’s return to Wayville by winning the first two events on the card.

As the turnstiles continued to click, Justice opened the meeting with a victory behind Major Kiwi, which set the pace after beginning from the 10-metre line.

Trained by Chris Neilson, the son of Art Major accounted for Hockygreg and Bien Hoa.

Justice then combined with the David Harding-prepared Everything to score by a half-neck from Mach Cruiser as the growing crowd cheered the pacers which matched strides for most of the home straight.

“It is always wonderful to be back home in South Australia,” Justice said. “I started my career here and it’s where my heart will always be.

“Along with catching up with old friends, I enjoy being out on the track…especially on big nights such as this.

“The crowd is fantastic and you can feel how electric the atmosphere is when you’re racing up the straight.”

Later in the evening Hryhorec thrilled the strong gathering as he celebrated his upset win with Strawberry Mouse.

After working to the lead with the daughter of Yankee Spider, Hryhorec drove a perfect race by ‘stacking the field’ before kicking clear along the home straight.

Paying $16.80 on the tote, Strawberry Mouse scored by four metres from the Justice-driven One Night Out, with Sweetasis four-and-a-half metres away third.

Although Strawberry Mouse only registered her second win – and first in 46 months – in what has been an extremely modest career, Hryhorec couldn’t resist waving the whip as he crossed the line…much to the delight of the public!

“I was lucky enough to get a couple of winners when they did the Wayville night in 2017 and I was pretty keen on getting another one this year,” Hryhorec said.

“It’s big nights like this which really get you going, especially with the crowd cheering like they do.

“I had to give the whip a raise as I was caught up in the moment and was really enjoying being out there.”

“It’s been well worth the trip over,” Watson said. “You don’t even get a crowd cheering and making noise like this winning a Vicbred Final in Melton!

“It’s a wonderful night and full credit to Harness Racing SA for putting it on.”

Like Justice at the beginning of the program, Jayson Finnis ended the night with a pair of wins.

Finnis was triumphant with Betting Man and Thebattlesjusbegun, while his wife, Alyce, trained Wolf Of West Bay to score with Wayne Hill in the cart.

Younger sibling has older brother covered
Jack’s on fire with a ‘famous’ f...
I’m certain she will win…
Bettor chance of glory in diminished field
About author