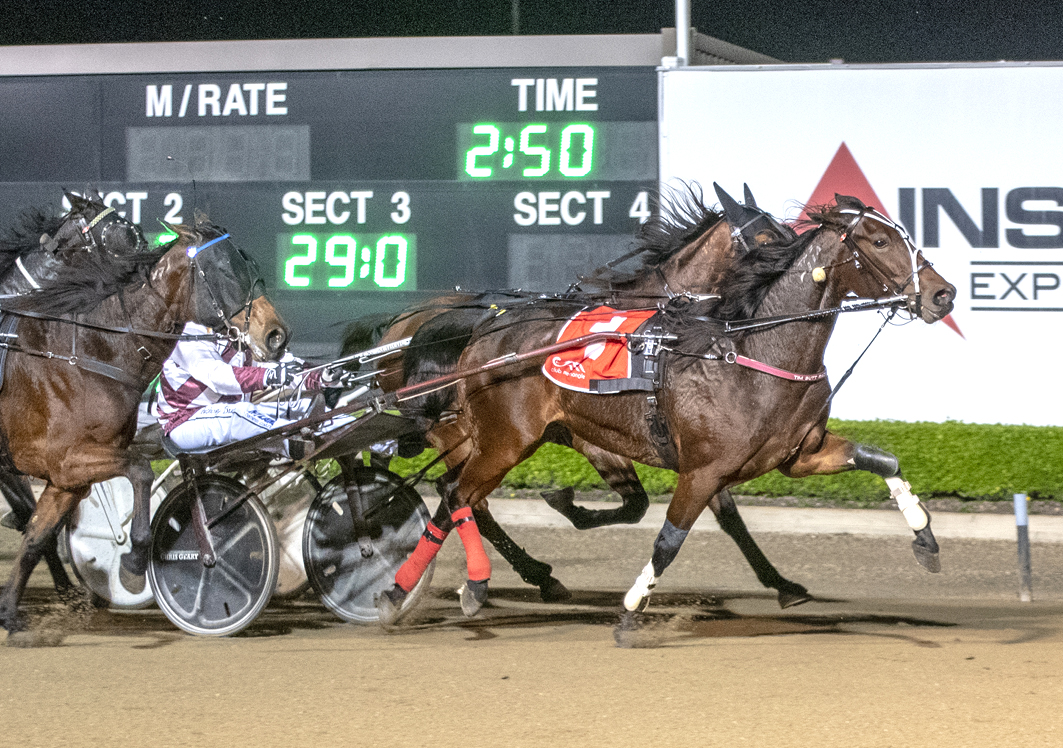 RISING star mare Sassy Pants will be sent for a spell in preparation for a high level campaign next season. Positive the trotter can...

RISING star mare Sassy Pants will be sent for a spell in preparation for a high level campaign next season.

Positive the trotter can continue her transition through the grades trainer Tim Butt will give Sassy Pants a well-earned break following win at Tabcorp Park Menangle last night.

Upon her return the daughter of Majestic Son will be aimed at local features before being sent to Melbourne for several key majors.

“She will go out for a month now,” Butt said. “Then I will get her ready for the new season.

“We’ll be aiming for the bigger races, including the Great Southern Star and so on in Melbourne during summer.

“She will race in free-for-alls here to get the ground work into her, but won’t go to the Inter.

“All going well though in the very long term she will be nice and seasoned by 2021 for Inter Dominion in Menangle.”

Driven by Butt’s brother Anthony during her latest win, Sassy Pants began moderately from the pole to settle midfield as Its Elvis dashed to the lead.

Angled three-wide along the back straight, Sassy Pants quickly ranged up to the front runner before completing a metre-and-a-half win from Drop The Hammer, with Monaro Mia a head away third.

Rating 1:59.6 for the 2300-metre stand, the four-year-old took her record to eight wins and four placings from 17 starts.

“I was pleased with her when she ran third last week against the best mares in Australasia at her first dip in the water and expected her to go very well again last night,” Butt said.

“I thought it would be a bit tricky from stand as she inexperienced, but it worked out well in the end.”