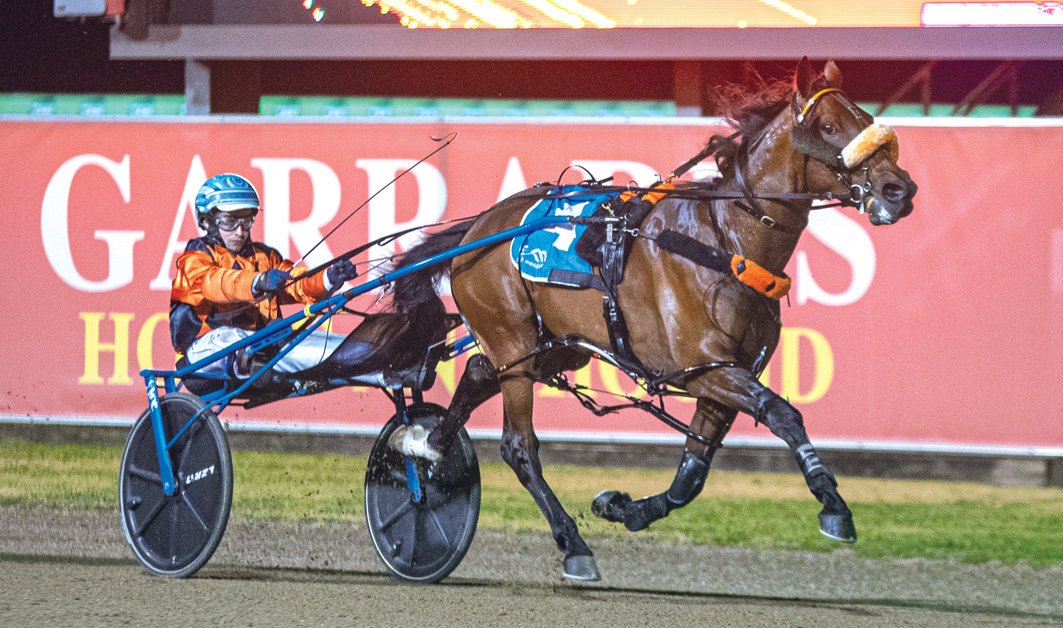 A WELL-EARNED break is on the cards for undefeated colt Expensive Ego. Maintaining his perfect record by capturing the Australian Pacing Gold Championship at...

A WELL-EARNED break is on the cards for undefeated colt Expensive Ego.

Maintaining his perfect record by capturing the Australian Pacing Gold Championship at Tabcorp Park Menangle during the weekend, Expensive Ego will spend “as long as possible” in a paddock.

Trainer David Thorn will then get the son of Rock N Roll Heaven ready for several majors in the New Year, beginning with the Victoria Derby in January.

“He’ll have a spell now,” Thorn said. “I’ll get the vet to go over him on Wednesday just to make sure everything with him is spot on then he’ll be put in a paddock.

“I will give him as long as possible off before we have to start getting ready for the Derbys.

“The Victoria Derby rolls around quite quickly which means he will only get to have about six weeks off.

“The good thing is he hasn’t done a lot of racing or had a long preparation so six weeks is pretty much all he will need.”

With Jim Douglass holding the reins, Expensive Ego was given time to settle into his stride from barrier four as Magnifico To Watch led from gate two.

Angled three-wide during the middle stags, the two-year-old dashed to the lead before completing a four-and-a-half metre win from Magnifico To Watch, with Studleigh Paul nine-and-a-half metres away third.

In what was his sixth start Expensive Ego covered the mile in 1:52.9.

“He has just done it all so easily,” Thorn said. “I like to think he still has plenty of improvement in him and he will come back better again after a break.

“I’ve trained some nice fillies, but he is the best I’ve had.”