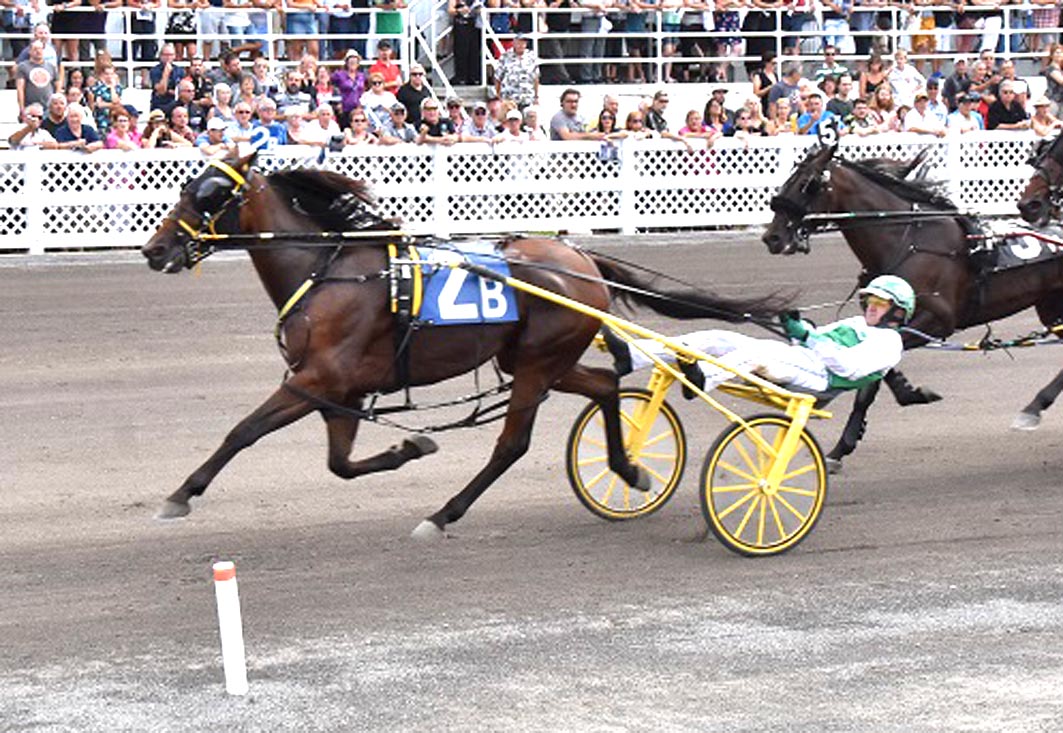 THIS IS THE PLAN

A CAREFULLY thought out plan paid dividends at the Hippodrome 3R yesterday. Driver Daniel Dube and assistant trainer Mickey Burke had but one plan...

A CAREFULLY thought out plan paid dividends at the Hippodrome 3R yesterday.

Driver Daniel Dube and assistant trainer Mickey Burke had but one plan going into the $200,000 Prix d’Ete Grand Circuit Stake – go to the front no matter what.

And that is exactly what Dube did with four-year-old This Is The Plan up to the task as he wired the field and rewrote the all-age track record with an amazing 1:49.1 triumph.

This Is The Plan’s only challenge came from Jimmy Freight, which after a 26.2-second first quarter, came first-over and challenged This Is The Plan to the half in 54.4 seconds, with The Downtown Bus second over and Done Well sitting the pocket trip.

The tempo quickened going down the backstretch and past the three-quarters in 1:21.2, but This Is The Plan was in full control for Dube.

This Is The Plan proved too strong down the stretch, winning by three lengths from The Downtown Bus, with Jimmy Freight third.

This Is The Plan’s time is the fastest around a half mile track registered in Canada and was just one-fifth of a second from the World Record (Cam’s Valentino, Northfield Park 2018 in 1:49).

The previous Canadian record of 1:49.2 was held by This Is The Plan’s sire, Somebeachsomewhere in 2008.

Trois-Rivieres native, Daniel Dube, was very pleased with the gelding

“I am so happy to have won today,” Dube said. “And to have all my family and friends here makes it extra special.

Trainer by Ron Burke notched his third Prix d’Ete following his victories with All Bets Off in 2015 and Rockin Ron in 2016.