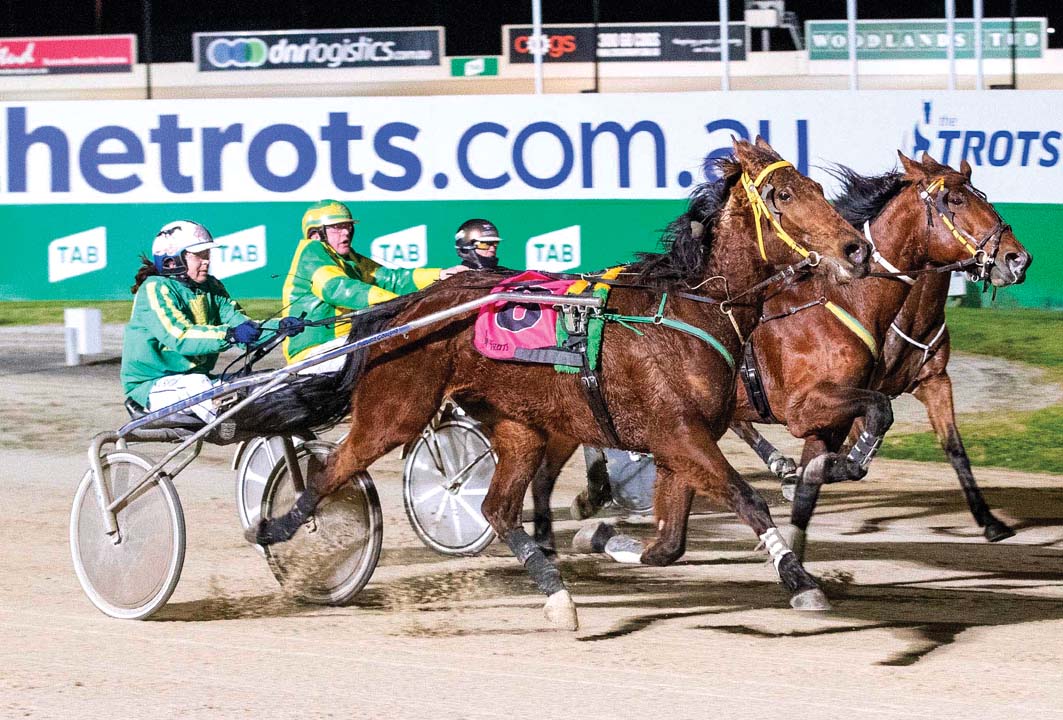 DOWN UNDER EARL, on the outside, scoring at Tabcorp Park Melton

What a difference 50 metres can make

WHAT a difference 50 metres can make. After watching his trotter racing at the tail of the field around the final bend at Tabcorp...

WHAT a difference 50 metres can make.

After watching his trotter racing at the tail of the field around the final bend at Tabcorp Park Melton during the weekend, trainer Phil Giles had given up hope of victory and began the walk to the stalls.

A few second later Giles looked at the screen and noticed Down Under Earl coming with a sweeping run, which reignited the horseman’s confidence.

“When he was still last turning into home straight I didn’t think he’d run a place,” Giles said. “But when I saw him coming I knew how quickly he could finish and expected him to be right in it all of a sudden.”

To Giles’ delight, Down Under Earl unleashed his customary finishing burst to score by a metre-and-a-half from Majestic Eyes, with Sobomba three-and-a-half metres away third.

“I’m quit e happy with him at the moment,” Giles said. “When I had a look at the fields and their times I was quietly confident, but then things didn’t turn out as expected.

“I thought the pole horse would lead and we’d have a go at the sprint lane, but he galloped, so it all blew up.

“Thankfully it all worked out in the end.”

A veteran of just 10 starts, the five-year-old will continue to be eased through the grades.

“I think he had been to a couple other trainers, but didn’t get going,” Giles said. “Whether he wasn’t ready to go I don’t know.

“I got him last May as a four-year-old and he has come along quite nicely.

“I don’t know exactly what is next for him yet but I’m thinking of going back to Melton in a fortnight.”