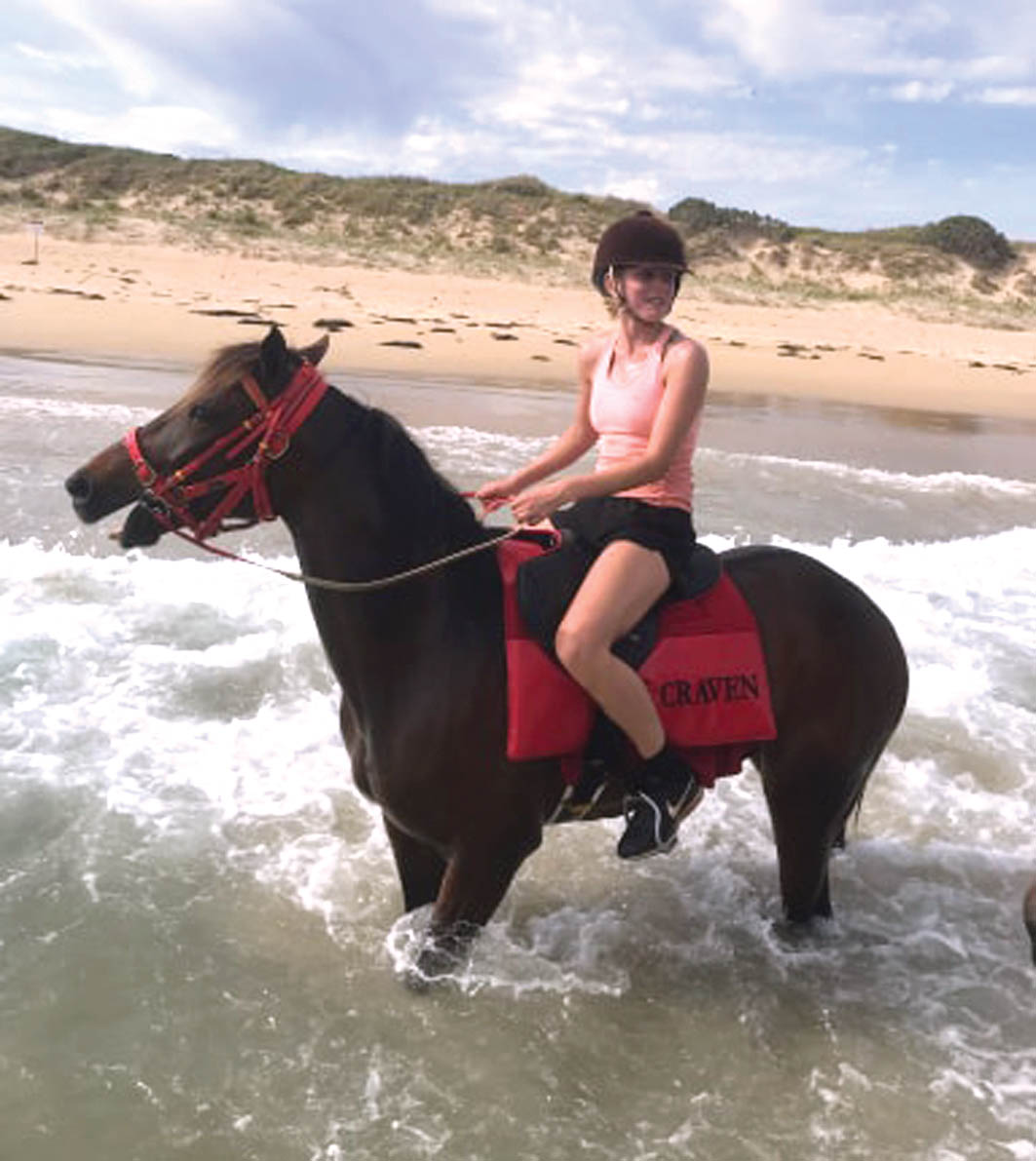 TO SAY Sofia Arvidsson derived a lot of joy from today’s victory would be a gross understatement. Partnering exceptionally-bred trotter Gus An Maori to...

TO SAY Sofia Arvidsson derived a lot of joy from today’s victory would be a gross understatement.

Partnering exceptionally-bred trotter Gus An Maori to a provincial win, Arvidsson was “over the moon” with the triumph.

“It was just a country race, which may not mean much to everyone else, but is pretty special to me,” Arvidsson declared. “I’m very excited.

“I have put a lot of hours into him and I have just been wanting him win, but being able to drive him made it a bit more special.

“Some days he can be pain, but he is pretty much my pet.”

Beginning well from the 30-metre mark, Gus An Maori eventually settled two-back along the pegs as Lauxmonts Success and then Aballofmuscle led.

Angled away from the pegs along the back straight, Gus An Maori was three-wide around the home turn before sprinting to a metre-and-a-half win from Suave Taj, with The Penny Drops three-and-a-half metres away third.

“Going into the race I just wanted to get him away well as he has played up a couple of times,” Arvidsson said. “Around the home turn he was travelling well and I knew he was going to finish off strongly, but it was a long straight.

“I had a couple of tears after the finish.”

Rating 2:05.2 over 2200 metres the son of 2004 Inter Dominion winning mare Sumthingaboutmaori registered his first win since scoring in Ballarat on November 17, 2016.

“It’s been a long time since he’s been able to win,” Arvidsson said. “Since his last win though he has had three stints on the sidelines totally 27 months.

“He has very bad feet so needs a lot of attention which is what he gets.”

Gus An Maori is trained by Arvidsson’s partner Matthew Craven.