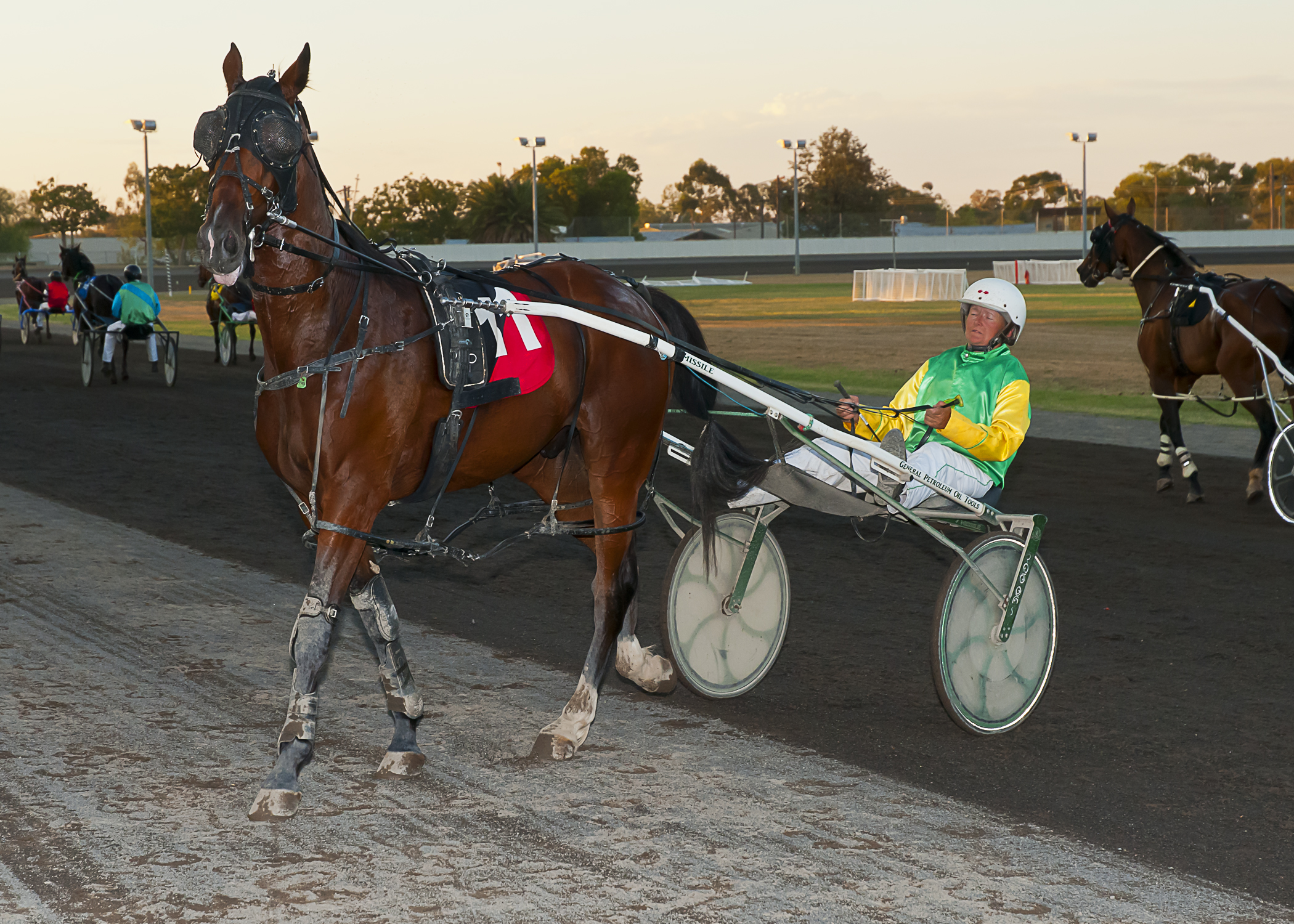 TOO GOOD FOR THEM: Fours Enuf Tas is one of Lola Weidemann’s favourites.

Winners by the plenty for Lola and co

THE name Weidemann will be popping up in two states during the Easter weekend . . . and in some nice race Finals. Last...

THE name Weidemann will be popping up in two states during the Easter weekend . . . and in some nice race Finals.

Last Friday Lola Weidemann appeared in the winners’ circle at the Armidale harness meeting when she trained and drove three winners on the six-event program.

Ifoundthebeach, Mac Sweet and ever consistent Fours Enuf Tas, which registered his 25h win from 145th starts with 38 placings also to his credit – all produced wins at the country New South Wales meeting.

“The day panned out better than I expected,” Weidemann said. “I thought I had a chance with one runner but to have three winners that’s just great.”

Ifoundthebeach, which started as favourite, led throughout the Uralla Vet Clinic Pace. The son of Somebeachsomewhere was backing up from his win at Narrabri last week.

“He did a good job because he was way out of class,” Weidemann said. “He is only a little three-year-old.”

“All the time he is getting better – now I just hope he can back up at Narrabri.”

In a close finish, Ifoundthebeach scored by a neck win from Monterei Bay, with Imajullian a half-neck away third.

Ifoundthebeach will have his next start at Narrabri on Easter Monday after making it into the John Dean Memorial Final.

Mac Sweet made her own luck in the running of the Grazag Armidale Pace, gaining an inside run alongthe home straight to take the 1980-metres race by a half-head over Bandan, with McArdles Star a half-head away third.

“That was the race I thought I couldn’t earn a cent out of and just drove for luck and it just opened up for me,” Weidemann said.

Fours Enuf Tas then wrapped up the final event on the program – the Hygain Feeding Champions Since 1983 Pace.

After trailing the leader, Mastersign, Fours Enuf Tas switched to the outside running line alongthe back straight on before taking a trail into the race behind Onedin Highlander.

“I hadn’t spent a cent; the speed was nice and genuine and I got out onto the back of Onedin Highlander…I just could not have asked for a nicer run,” Weidemann said.

“We have loved him all the way through. A couple of years ago he ran a lot of seconds and couldn’t win a race and now he is mixing it with the open-class horses and doing a good job.”

HOOFNOTE: The Weidemann team will race at Marburg on Easter Sunday in the $25,000 Oakwood Capital Gold Series Final and then travel across the border to Narrabri on Easter Monday for the John Dean Memorial and Santos Narrabri Cup.

Weidemann has Chevals Diamond and Webby Vanderquack in the $25,000 Marburg Final while Condafew has drawn as an emergency.