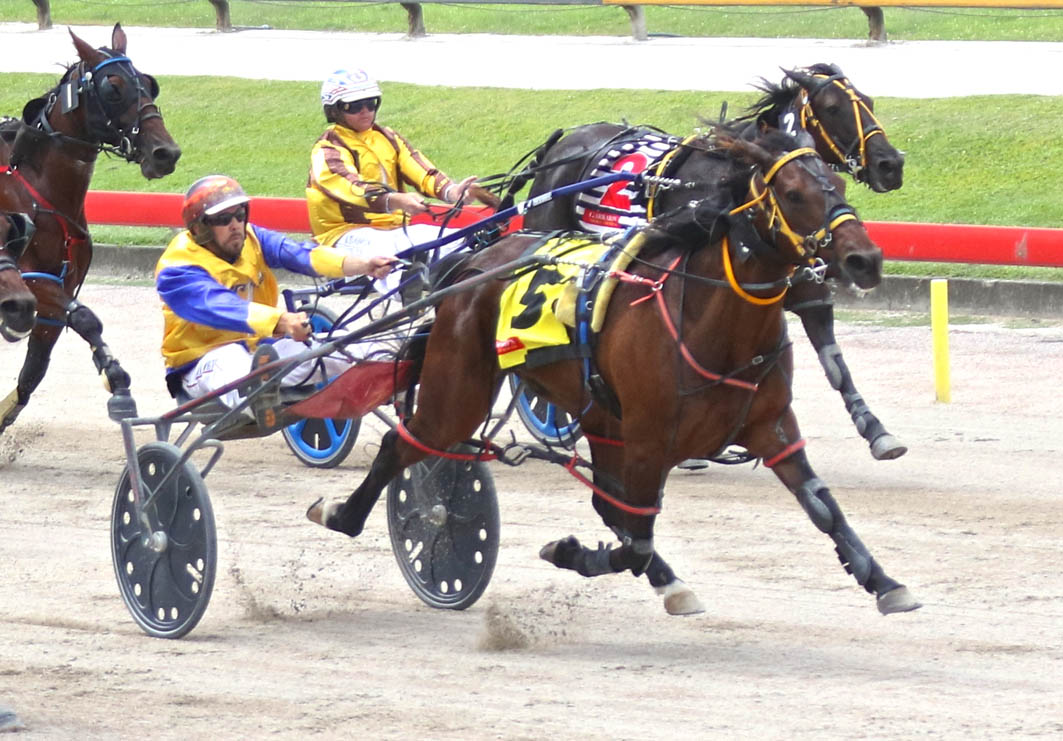 Working holiday tentatively on the cards

A WORKING holiday has tentatively been placed on Hot Dogma’s agenda. Racing in strong form with three wins from his last four starts, Hot...

A WORKING holiday has tentatively been placed on Hot Dogma’s agenda.

Racing in strong form with three wins from his last four starts, Hot Dogma could find himself back in his state of original if he continues to race well.

Set to compete at Albion Park tomorrow night, the son of Village Jasper is in line to head to Victoria with trainer Ross Fletcher.

Yet to make a date for the interstate campaign, Fletcher explained a prominent performance this weekend will strengthen his desire to head south.

“I’ve got nothing specific in mind for him at this stage, but a little further down the track I’m thinking of a working holiday in Victoria for a few starts,” Fletcher said.

“If he can keep racing the way he is I will certainly give it a lot more thought.”

To Fletcher’s dismay Hot Dogma’s prospect were dealt a blow with the barrier draw.

Not only have the gelding’s main dangers drawn the front row Hot Dogma will begin from barrier 11.

“The draw won’t help, but he can do some work and it’s over 2100 metres, so if he can get a drag into it he might give it a shake,” Fletcher said.

“He probably had every chance last week, but at the 600 metres he was giving the leader about 20 lengths and it was too much of a break.

“I’ve got no doubt he is going well enough to win at that level it’s just a matter of when.”