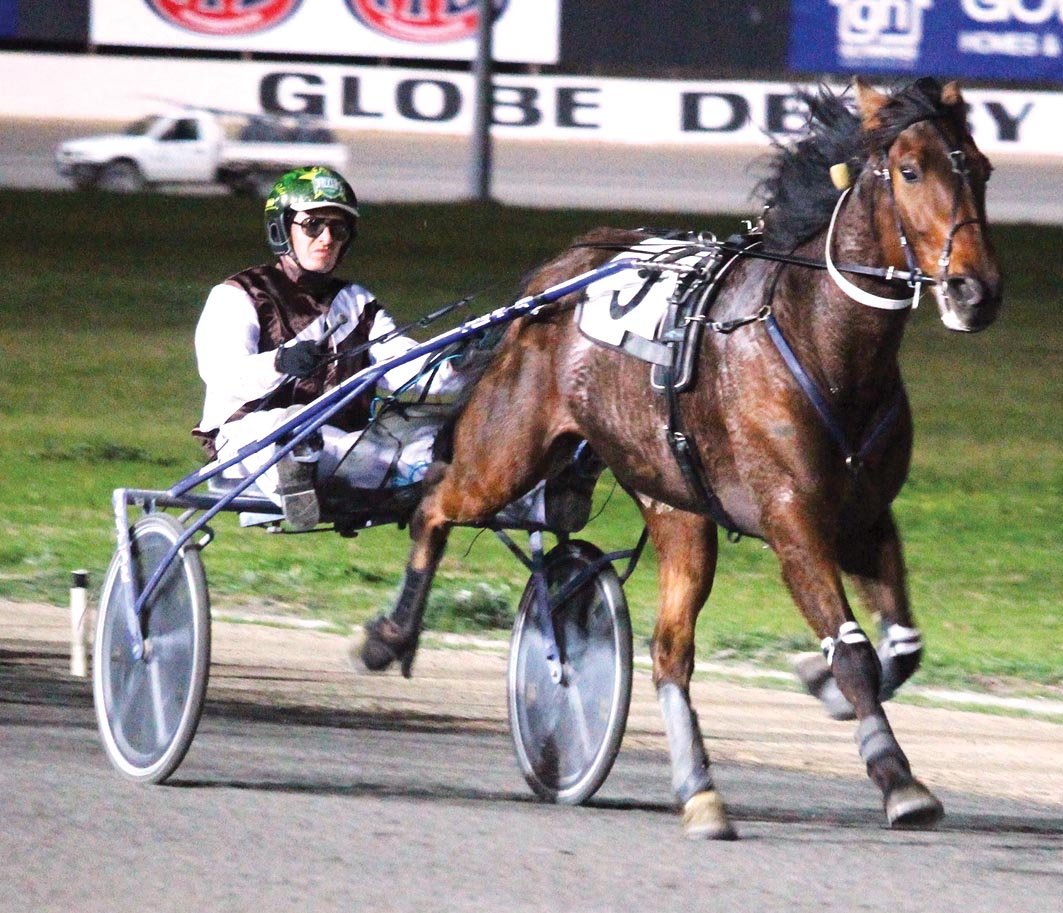 Globe Derby8 Paul Gabriel1 South Australia12
VICTORIAN trainer Paul Gabriel hopes Globe Derby will continue to be a happy hunting ground when he returns to the venue tonight. Gabriel has...

VICTORIAN trainer Paul Gabriel hopes Globe Derby will continue to be a happy hunting ground when he returns to the venue tonight.

Gabriel has already made three trips across the border this month, with his in-form trotter Zamba Deville unbeaten from four South Australian starts – including two wins on the same afternoon.

Triumphant in a series heat last weekend, Zamba Deville will be back for the Final, in which he shares the 20-metre back mark.

Despite the hectic schedule, the son of Conch Deville is in primed and ready to maintain his perfect interstate record.

“It never pays to be over confident, but I’ve got no doubt he is ready to win again,” Gabriel said. “Even with the travelling back and forth he is feeling great and I’m very happy with him.

“As long as he continues to handle the drive over, and doesn’t get any bad luck in the run, he can certainly win the Final.”

Citing former Victorian Light The Flame as the main danger, Gabriel is also weary of Ten Caisses, which has drawn ideally in the pole.

Successful at her last start for trainer Danny Thackeray, Light The Flame scored first up in her heat for local horseman Ryan Hryhorec.

The daughter of Adebaran Yankee will begin from the 10-metre mark.

“Light The Flame is the one to beat,” Gabriel said. “She has won her last two starts well and we’re giving her 10 metres.

“Ten Caisses has been racing consistently and gets his chance from one.”