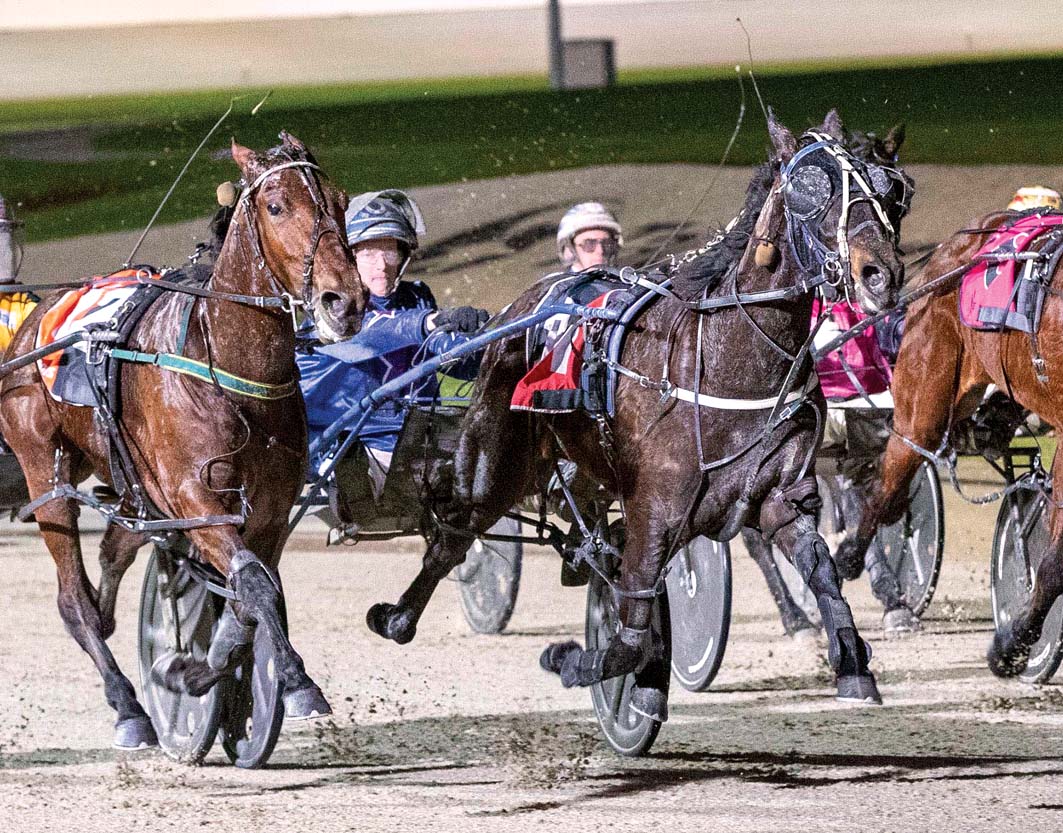 EMOTIONS and gratitude will be at a premium if a freshman, which shouldn’t be alive, and is named after a fallen mate, emerges triumphant...

EMOTIONS and gratitude will be at a premium if a freshman, which shouldn’t be alive, and is named after a fallen mate, emerges triumphant at Tabcorp Park Melton on Saturday night.

Engaged in a Vicbred Super Series Final, the Ellen Bartley-trained Forever Yin was orphaned as a foal when his dam, Agua Luvvy, died soon after his birth.

That’s where gratitude comes into the equation.

Desperate to find a lifeline for the Janet Painting-bred and owned colt, connections soon organised him to be taken Asscher Park in the Victorian hub of Violet Town.

While there the son of Western Terror was hand raised by Suzanne Royal and her team.

“Suzanne bottle fed him and he was raised with a foster thoroughbred mare,” Bartley explained. “I cannot emphasis enough how great Suzanne was with the work she did to care for him.

“It’s very fortunate she was able to take him in and care for him in such a way.

“Suzanne is a large part of him even being here to race.”

When it came to naming the youngster it was decided to honour a local who had died in tragic circumstance.

Graeme Reid, who took his own life in November 2016, is the inspiration behind Forever Yin.

When a night out – particular a drink at the local – was being organised Reid’s typical yes response was “yin”.

“Graeme’s death touched the community, especially through his football, with the Coleambally and Marrar clubs now play for the Graeme Reid Cup and Medal,” Bartley said.

“A charity in his honour known as Good Talk was created and raises awareness in relation to bipolar and suicide prevention.

“It will be pretty emotional to say the least if Forever Yin, which has plenty of supporters behind him, can win the Final.”

An upset winner of his semi last week, Forever Yin has won three of his last four starts, with a third in his heat also in the mix.

To be driven by Blake Jones, the two-year-old has drawn barrier six but slots into five with the removal of the emergency.

As such Forever Yin is on the fourth line of betting at $10 with TAB Fixed Odds.

“The draw has made it pretty tricky,” Bartley said. “From there he will have to go forward, but where he will settle we’ll know once the race starts.

“Hopefully Blake can get him into a good trail early.

“With the right run he is certainly capable of being in the finish.”

Dan proves he’s the man by remaining unbeate...
Veteran horseman visits oldest surviving Derby win...
Another night of pure domination
Anything you can do, I can do better!
About author