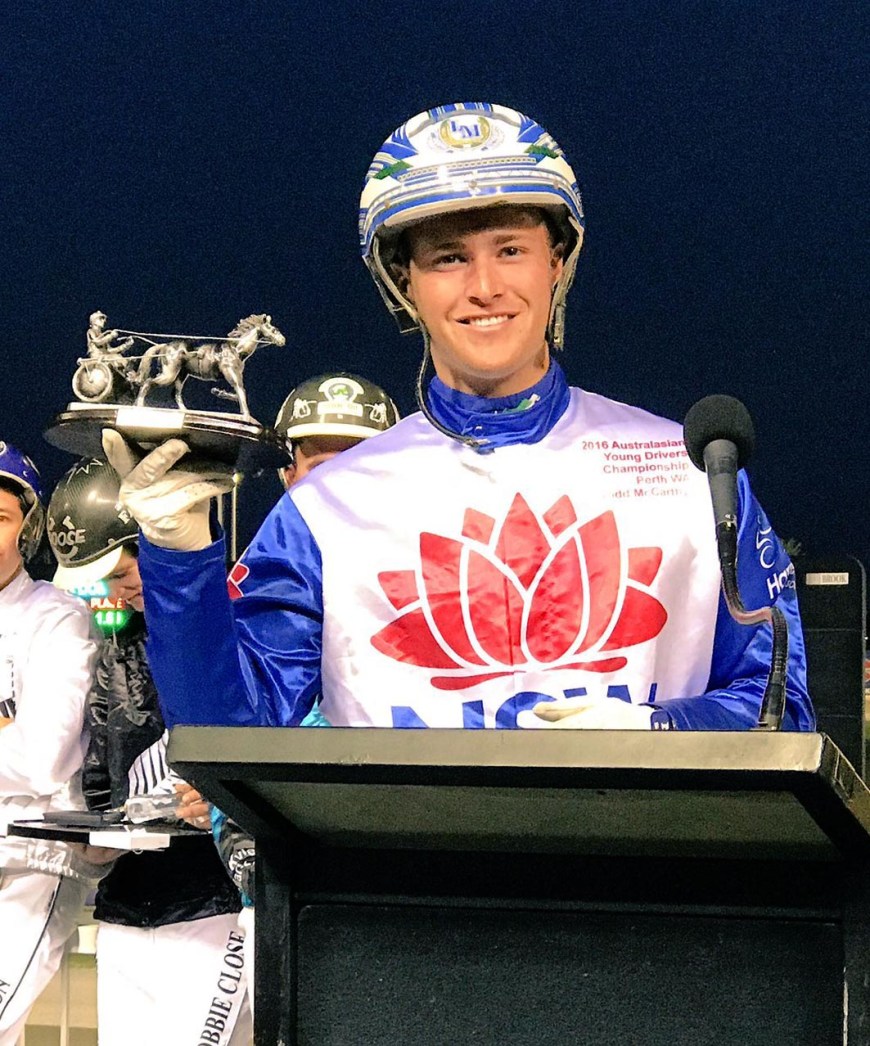 MODEL CITIZEN: Leading reinsman Todd McCarthy is the man that Andrew Bourke looks up to.

YOUNG gun reinsman Todd McCarthy registered a slice of history at Globe Derby last night. By emerging triumphant against a host of the nation’s...

“I’m extremely thrilled,” McCarthy said. “It’s one of those series where it comes down to draws and luck on the night and on this occasion it went my way.

“Just to be competing against such amazing drivers is an honour, but to come home with the win is amazing.”

Fourth in the opening heat, McCarthy made his way into the winners’ circle after scoring with Imprincessgemma in the second event.

A subsequent second and a pair of fourths saw McCarthy accumulate 72 points to complete a two-point victory from Queensland’s Adam Sanderson.

Western Australia’s Chris Lewis – who won the 1977 Australasian Young Drivers’ Championship as a South Australian – was third with 66 points.

“I only scraped in, but a win is a win,” McCarthy said. “I cannot compliment Harness Racing SA enough on how well they looked after us and how smoothly it ran.

“It was really professionally set up and all the drivers involved had a great time.”