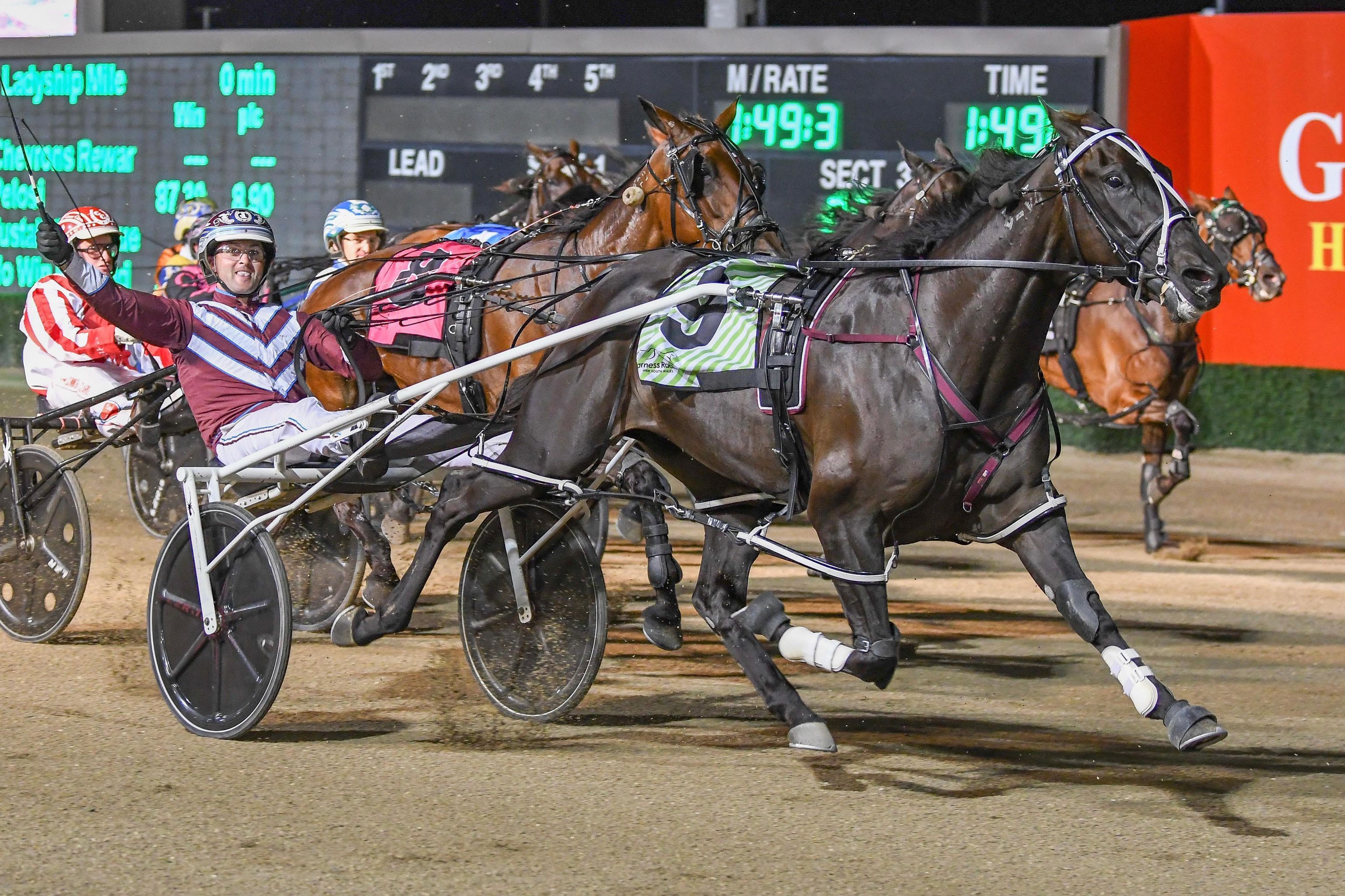 READY FOR THE RACE: Stylish Memphis.

Young guns have their sights on the Kiwis

Cameron Hart23 Jack Trainor39 The Race1
THEY might be out to crush each other ON the track but Australia’s ‘young gun’ reinsmen are happy to help each other out between...

THEY might be out to crush each other ON the track but Australia’s ‘young gun’ reinsmen are happy to help each other out between races.

Jack Trainor, for instance, is acting as ‘caretaker trainer’ for Majestic Cruiser before Cameron Hart arrives from Sydney to drive him in Thursday’s $NZ900,000 The Race at Cambridge in the North Island.

And Hart will return the favour at Tabcorp Park Menangle when he handles the short-priced favourite on today’s program, former Kiwi mare Town Echo, a $1.50 favourite for Race 9.

Both young reinsmen, along with the Hunter Valley’s Jack Callaghan, are champing at the bit to do Australia proud in this ‘slot’ race, which is already the richest harness race in New Zealand.

Trainor is there with champion mare Stylish Memphis; Callaghan leaves tomorrow to drive Alta Orlando for Belinda McCarthy and Hart will head over to drive Majestic Cruiser on Thursday.

It has already been revealed that the Australians will be leading the fields onto the track for what will be a classic “us versus them” clash with the Kiwis.

And that has Trainor feeling just a little bit uncomfortable.

“I’m definitely still a Kiwi; Australia is my home now, but you don’t forget where you came from,” said Trainor.

“I am looking forward to seeing some familiar faces out there.

“But I am stuck in the middle there.”

Excited about being invited to compete in New Zealand, Trainor will be watching eagerly when his latest stable ace Town Echo contests her Menangle race today.

“I really like this mare . . . she has plenty of speed,” said Trainor.

“I threw her in last week even though I knew she would need the run but she was still good enough to win.

“She’ll race on through to Saturday grade, I’m sure, and although she is drawn wide today, she is still a really good chance.”

Hart agrees, and rates her his best chance at today’s meeting.

“But I can’t wait to get over there for Thursday’s race,” said Hart.

“These are definitely exciting times.

“These are the sort of races you want to be in.

“Majestic Cruiser seems to have travelled over well and I hope he runs well as he has been in good form here.

“We’ll have plenty of options from the draw and, after the first 50 metres, we’ll weigh things up and decide where we want to go.”

Trainor warming up for another sizzler
Mahomes makes it worth the wait
Back-to-back doubles for NSW young ‘gun̵...
Trainor thrilled with Memphis’ ‘Stylis...
About author